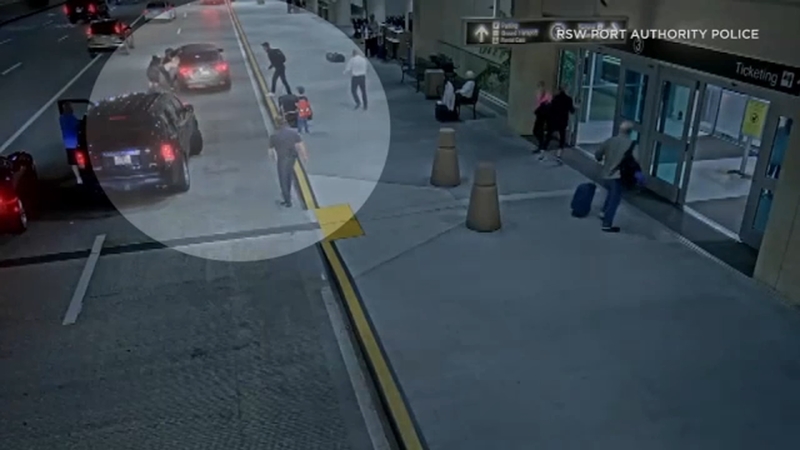 Man steals car at airport with mother, baby still inside

FORT MYERS, Florida -- A man was arrested after he stole a car outside of an airport in Florida and drove off with a mother and her baby still inside.

Surveillance cameras captured the moment that the man ran up to the car in the departures area at Southwest Florida International Airport in Fort Myers.

The video shows the family unloading at the curbside when the suspect gets in, quickly followed by the mother, just in time to get her baby in the back seat.

The father tried to hold on to the car, but was dragged and knocked down.

Authorities say the suspect, 36-year-old Addi Maqableh, had just stolen a purse at a restaurant inside the terminal before the carjacking.

He was later arrested at a nearby hotel and is now facing several charges, including robbery and kidnapping.