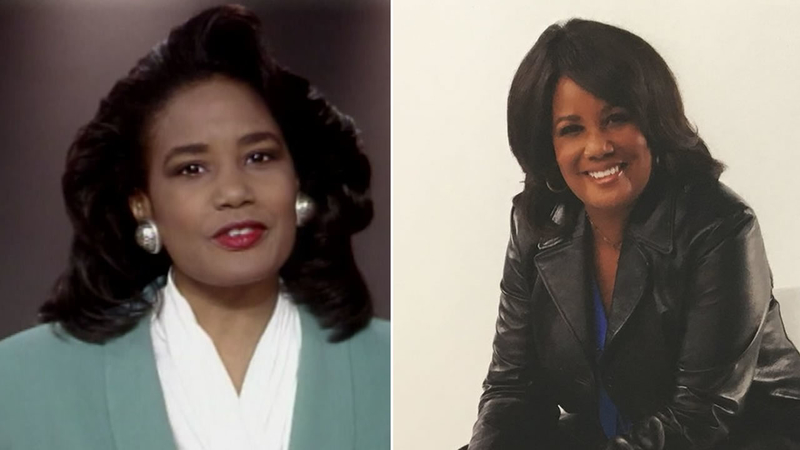 SAN FRANCISCO (KGO) -- It is the end of an era here at ABC7 News. Our longtime friend and colleague, Carolyn Tyler, is retiring.

She's been a reporter and anchor at ABC7 News for the past 32 years, with a career marked by compassion and integrity.

When Carolyn Tyler first started at ABC7 in 1986, she had already worked at TV stations in two other cities, rising up the ranks quickly to live a dream she never imagined as a child growing up in Wyoming.

"I thought I was going to be a teacher or a nurse because those were the only things that I really knew or thought were probably open to me. And then I saw my first black, female newscaster on television. I said wow, I think this is something that I could do," Carolyn says.

Hey everyone, after 32 years I'm retiring from ABC7 News. It's been a privilege telling your stories for three decades, but now I'm on to new adventures. Please follow me on my new account! @ctylernews

Carolyn connected with the community. As a general assignment news reporter, she covered a huge range of stories.

She chatted with Willie Mays and hung out with Oprah Winfrey. When San Francisco started its first sister city relationship with an African nation, Carolyn went to the Ivory Coast.

Carolyn's good work landed her on the weekend anchor desk.

In 1989, she was part of the ABC7 News team that won a Peabody Award for coverage of the Loma Prieta earthquake.

But the landmark moments in her career were just getting started.

Carolyn joined Bay Area high school students on a trip along the Civil Rights Trail. "That story has had one of the biggest impacts on me. I'm someone who feels like I know the history of the Civil Rights Movement, but even for me, I learned new things and it really touched me deeply," she said.

For many of her years at ABC7, Carolyn has focused on San Francisco politics, reporting on issues that define our times - including the long-running effort to end homeless and the battle over marriage equality. She was there the day then-Mayor Gavin Newsom ordered the county clerk to start giving out marriage licenses to same-sex couples.

You done good @ctylernews Good luck on the first day of the rest of your life. #pioneer pic.twitter.com/pCeveL2xnp

"And when word spread in the community, people lined up for days. Some standing in the rain, some bringing their children, camping out," Carolyn said.

Carolyn reported every step of the 11-year struggle that followed - at the ballot box and in courtrooms - from the state Supreme Court, all the way to Washington, D.C., where same-sex marriage finally became the law of the land.

"It was very poignant, very powerful," she said.

She also brought a personal side to the job. She was one of the founding members of Friends of Faith, a group that raised money for low-income women struggling with breast cancer. It was started in honor of Carolyn's friend and colleague -- reporter Faith Fancher, who died of breast cancer.

"It was just a beautiful sea of humanity, helping women in need," she recalls.

Throughout her career, she's been known for fairness and objectivity, with one notable exception - the Golden State Warriors. That's a story where she is never neutral. She even got to ride in their victory parade.

ABC7 tried to not get too emotional on Tuesday as we celebrated Carolyn's career.

All Hail the Queen of #SanFrancisco news! At 6pm, @abc7newsbayarea says farewell to our colleague @ctylernews as she heads off into retirement. She has been a great mentor to me -- and so many other journalists -- and I'll always be grateful for our friendship. Thank you, CT! pic.twitter.com/UVwu2XBCS2