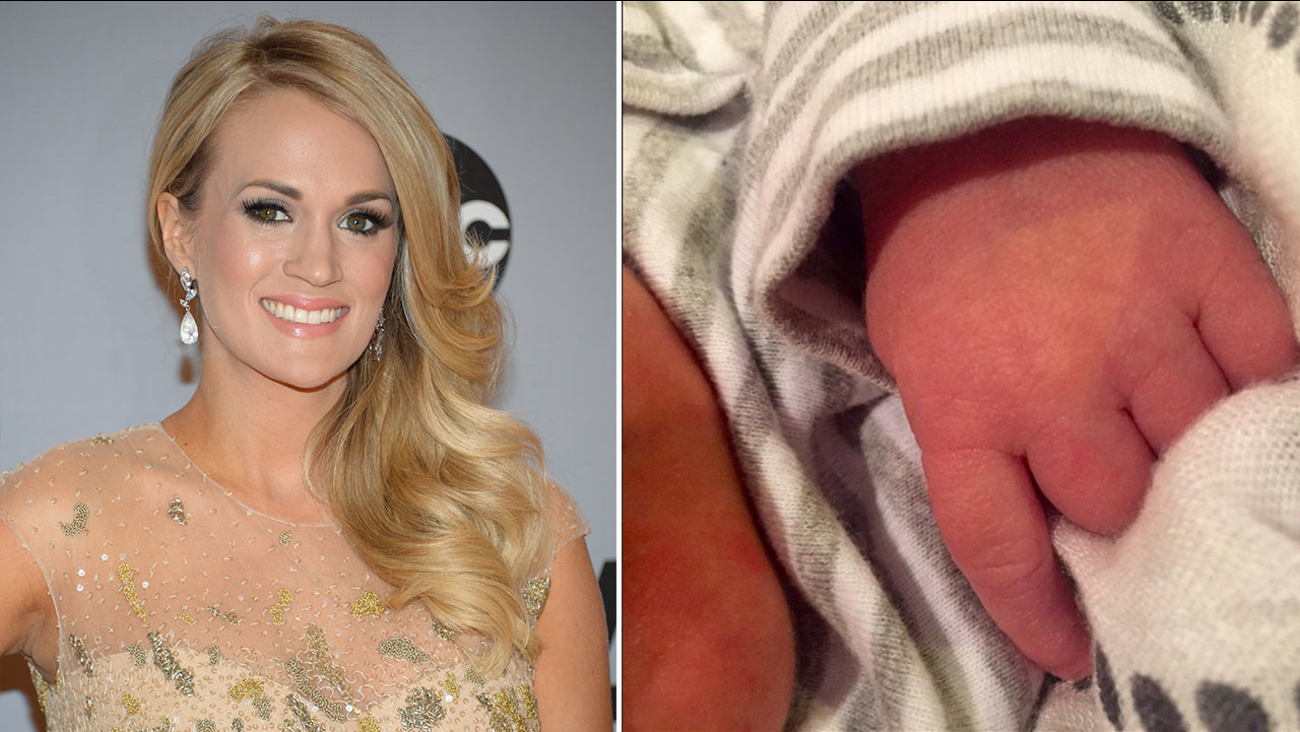 Carrie Underwood, 31, announced the arrival of her new son on Tuesday by tweeting an image of the baby's fingers, seen right. (AP / Carrie Underwood / Instagram)

Carrie Underwood is now a mom!

The country music star is now a new mom after giving birth to her son Isaiah on February 27. Underwood tweeted out an image of her newborn son Isaiah Michael Fisher's fingers on Tuesday.

Underwood, 31, is currently married to Nashville Predators player Mike Fisher. Brad Paisley accidentally revealed the sex of the child at the Country Music Awards, according to ABC News.

"Brad's got loose lips. He's a blabbermouth!" Underwood said, according to ABC News "So, I was like, 'I'm not gonna tell you until we're ready for the rest of the world to know, 'cause I know you'll tell people.'"