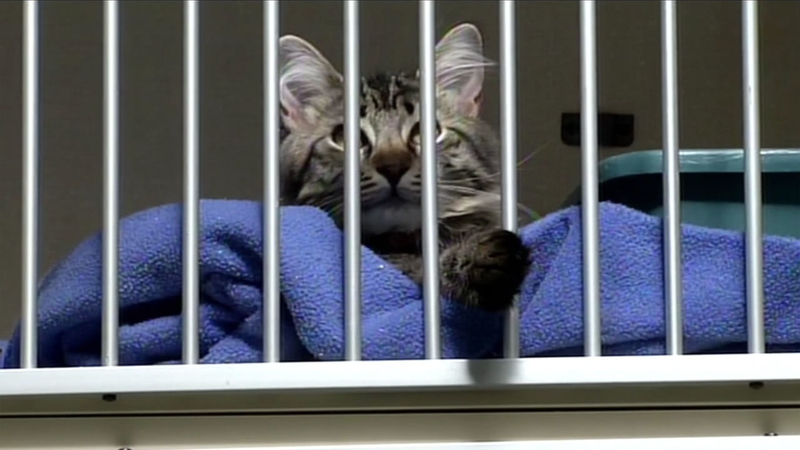 REDWOOD CITY, Calif. (KGO) -- A well-known animal shelter in Redwood City is set to temporarily close its doors in June. Volunteers are now trying to find new homes for hundreds of cats.

At the no-kill animal shelter and spay-neuter clinic in Redwood City, each cat has a survival story of its own. 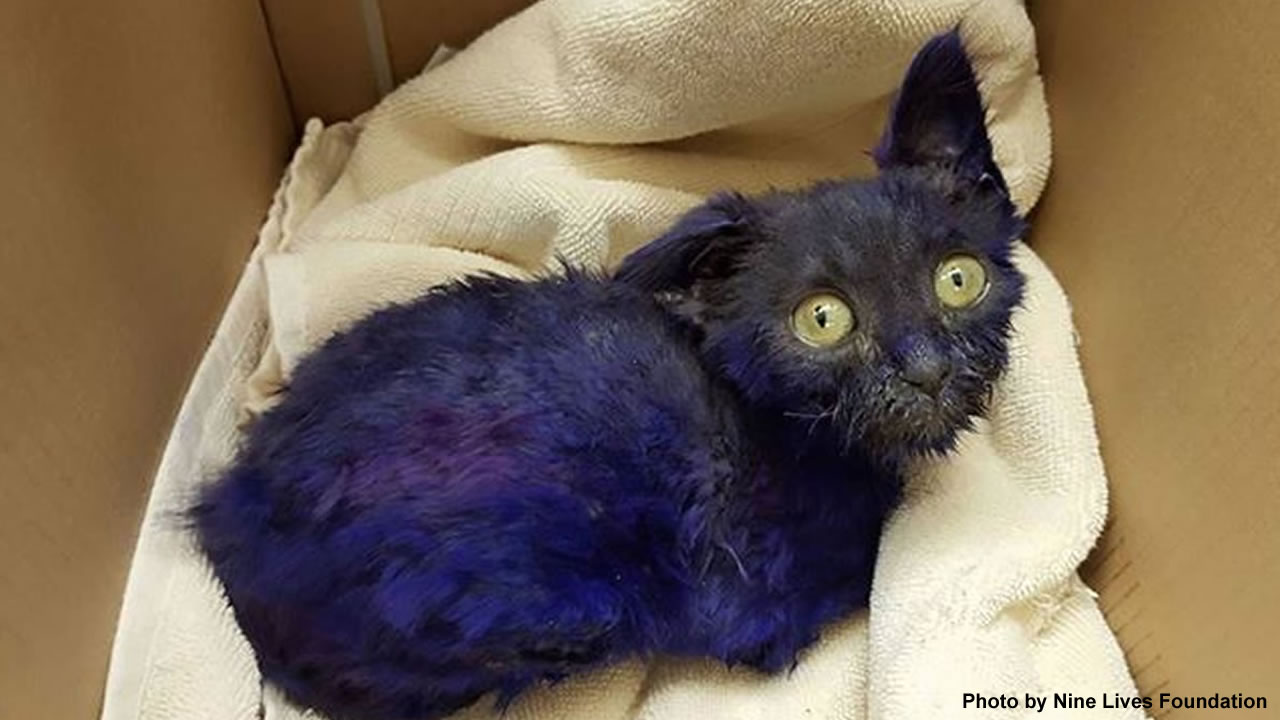 RAW VIDEO: Kitten aparently used as doggie chew toy rescued
A kitten likely used as a chew toy for a dog is on the road to recovery. The Nine Lives Foundation in Redwood City rescued the little guy and nicknamed him "Smurf" for his dyed blue fur coat.

"There are so many amazing cats here, and everyone deserves a home," said Monica Rudiger of the Nine Lives Foundation.

After eight years at the building on Rolison Road, the Nine Lives Foundation will have to find a new home.

"It's been a wonderful location for us, but we've kind of outgrown it, and our lease is coming to an end, and so this is a good time for us to sort of make a move, and make some changes," said Monica Rudiger of the Nine Lives Foundation.

The foundation gained international attention last fall after rescuing Smurf, after his previous owner dyed him purple and left him to be used as a doggie chew toy.

Jessica Michelle from Marin has been acting as the kitten's foster mom during his road to recovery.

"Smurf is this crazy little boy, and he's seen some of the worst sides of human kind, yet he's still one of the most lovable cats that I've ever seen in my life," said Jessica Michelle, a Marin resident.

These days, Smurf spends a lot of time with his best friend, a blind kitten named "Wanda," who was also rescued.

The foundation plans to open a separate spay-neuter clinic this summer somewhere in Redwood City. Beyond that, they'll need to raise $1 million, which will go toward building a new shelter.

In the meantime, 275 cats at the current shelter will need to be adopted.

"It was one little shelter when I first started, and now it's a family of thousands of people that support us, it's really been amazing," said Monica Rudiger of the Nine Lives Foundation.

The foundation's current lease will end in late June.