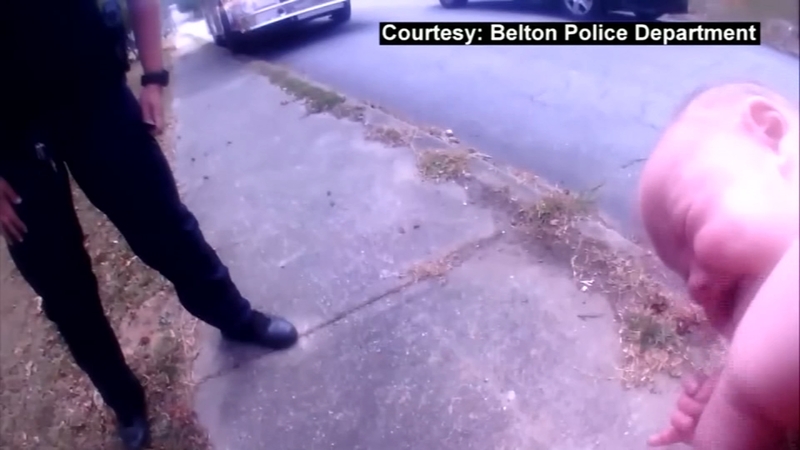 The dramatic and terrifying incident was all caught on the officer's body camera.

For 4-month-old Maryelle and her mother Kiersten Nivens, there are many firsts. But this is one incident Kiersten hopes will be the first and the last.

"We had a really, really bad scare. I tried to give her some Tylenol and she took a deep breath - whenever I was trying to give it to her and she immediately started choking on it," she told WHNS-TV.

The choking spell sent Kiersten into a panic, and with her dead cell phone in her hand, she ran outside.

"I had her arms and I was just calling for help. She just stopped breathing because she was choking so bad," she said.

Corporal Derrall Foster arrived on the scene and the whole incident was captured on his body cam.

"The neighbors were flagging us down telling us which house it was to go to," he said.

He works with the patrol division with the Belton Police Department.

"She was not blue yet, but she was not breathing. She was very limp. I saw my 2-year-old as if it were her, and I knew we had to take care of the situation," said Cpl. Foster.

The video shows him performing the Heimlich Maneuver on Maryelle.

"The child wasn't really responding, kind of lethargic. Took the child from them, laid the child face down at an angle and started patting its back," he said.

And just as he heard sirens from an EMS crew, also came the most alarming but perfect sound they all waited and hoped for. Maryelle started crying.

Now little Maryelle and Kiersten are both fine and ready to take on more firsts together.

"I'm definitely so thankful for him and for all the first responders who came," said Kiersten.