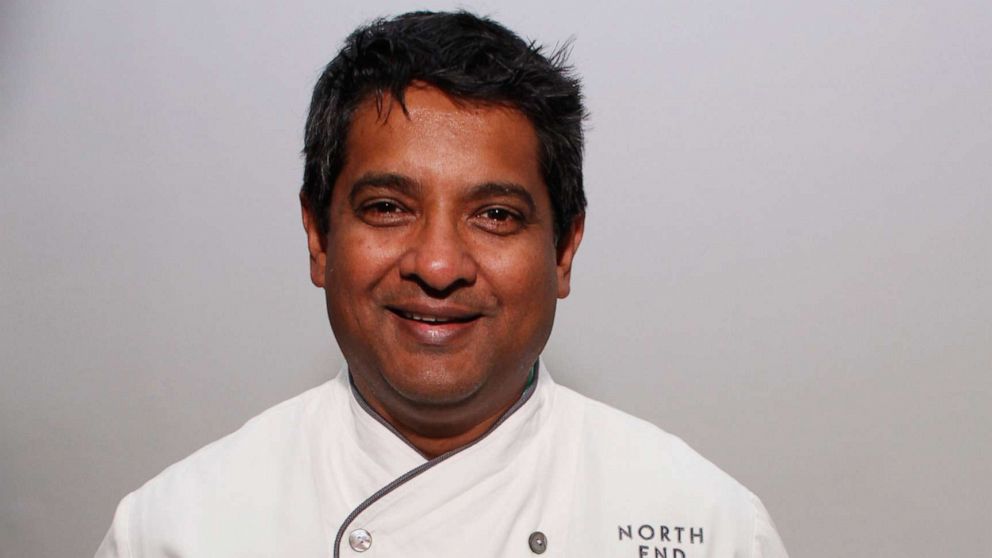 Chef Floyd Cardoz died Wednesday after he was hospitalized and tested positive for COVID-19.

Cardoz tested positive for the novel coronavirus on March 18. He had been treated at Mountainside Medical Centre in Glen Ridge, New Jersey, according to a spokesperson for Hunger Inc. Hospitality, of which he was a co-founder.

Last week, Cardoz shared with his Instagram followers that he admitted himself to a hospital because he felt "feverish" several days after returning to New York City from Frankfurt, Germany.

Although both restaurants have since shuttered, Cardoz was highly regarded in the global chef community, particularly with his former Tabla partner Danny Meyer, who backed the unique restaurant with Union Square Hospitality Group in 1998.

Pete Wells, restaurant critic for The New York Times, tweeted Wednesday, "Floyd Cardoz was an exceptional talent, a chef equally at home with undiluted Indian flavors as he was with the delicious union of French, Indian and American food, a personal idiom that he invented."

Cardoz also competed on "Top Chef Masters," a tournament-style spin-off of the Bravo cooking competition, and won, defeating some of the world's best chefs.

Cardoz most recently opened Bombay Sweet Shop, which rounded out his Mumbai presence with two already established restaurants - the Bombay Canteen and O Pedro. He will also be featured on season two of Netflix's "Ugly Delicious" series.