5-year-old girl, man killed in crash on I-880 in Oakland identified 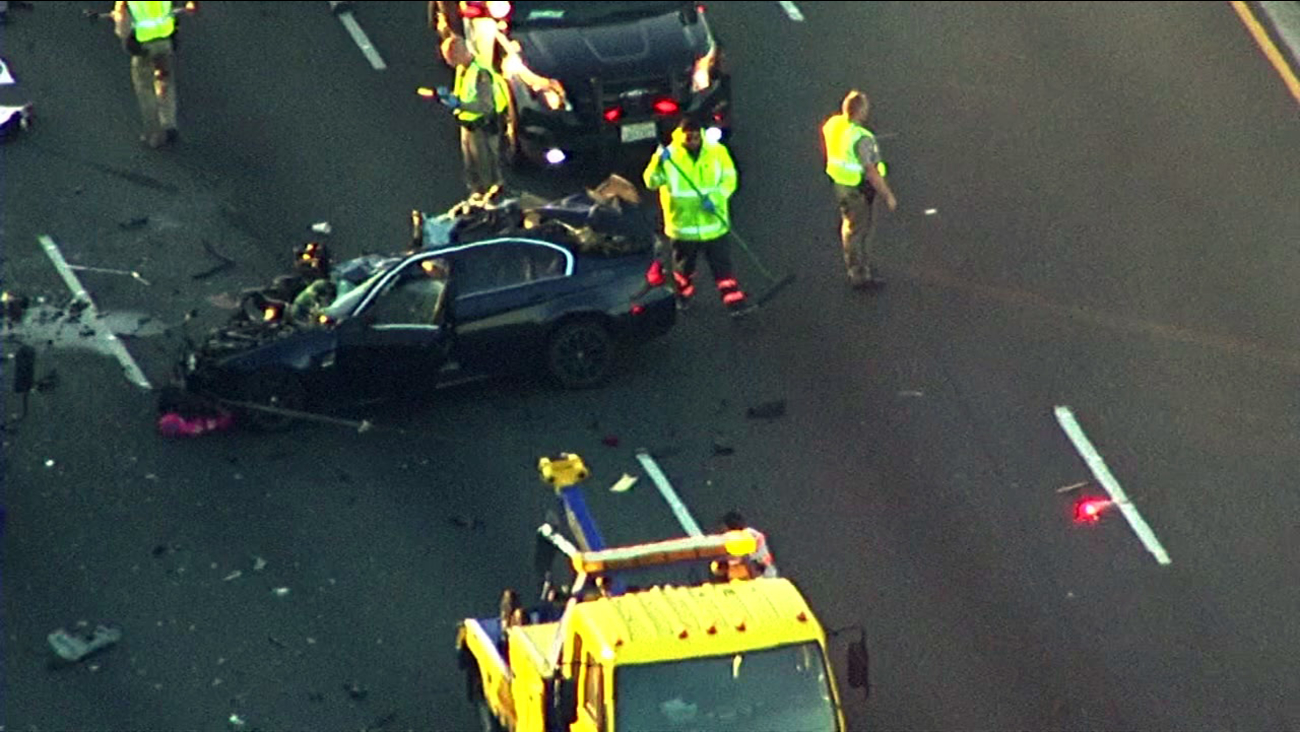 OAKLAND, Calif. -- A man and a girl killed in a collision on Interstate Highway 880 in Oakland Monday morning have been identified by the Alameda County coroner as 23-year-old Dion Christy and 5-year-old Neveah Brown, both of Oakland, sheriff's spokesman Sgt. Ray Kelly said.

The collision occurred shortly after 5 a.m. in the northbound lanes of Highway 880 just south of Fifth Avenue, the California Highway Patrol said. A white box truck was disabled on the right shoulder with its hazard lights on and a black BMW was speeding north when it veered off the roadway and hit the truck, according to the CHP. Immediately after the collision, the BMW re-entered the roadway and was struck by a Ford F-250, the CHP said.

Christy and Brown were sitting in the back seat of the BMW and died in the collision, according to the CHP. It appeared that Brown was not properly restrained inside the vehicle, CHP officials said.

The driver of the BMW, another child and a woman passenger of the BMW were all transported to local hospitals, according to the CHP.

Investigators do not believe that drugs or alcohol were factors in the collision, according to the CHP.

A Sig-alert was issued after the collision because all northbound Highway 880 lanes were blocked.