Explosions that sent huge fireballs through China's Tianjin port have disrupted the flow of cars, oil, iron ore and other items through the world's 10th largest port.

TIANJIN, China -- Explosions that sent huge fireballs through China's Tianjin port have disrupted the flow of cars, oil, iron ore and other items through the world's 10th largest port.

The death toll reached 50 on Thursday -- including 12 firefighters -- according to the Tianjin government.

At least 701 people were injured, including 71 people in serious condition.

The blast sent shipping containers tumbling into one another, leaving them in bent, charred piles. Rows of new cars, lined up on vast lots for distribution across China, were reduced to blackened carcasses.

Ships carrying oil and "hazardous products" were barred from the port Thursday, the Tianjin Maritime Safety Administration said on its official microblog. It also said vessels were not allowed to enter the central port zone, which is near the blast site.

Tianjin is the 10th largest port in the world by container volume, according to the World Shipping Council, moving more containers than the ports of Rotterdam, Hamburg and Los Angeles. It handles vast quantities of metal ore, coal, steel, cars and crude oil.

Australian mining giant BHP Billiton said the blast had disrupted iron ore shipments and port operations, but had not damaged any iron ore at the port. "We are working with our customers to minimize any potential impact," it said in a statement Thursday.

A spokesman for Rio Tinto said the metals and mining company had four vessels waiting to anchor at Tianjin, none of which were affected by the blast, and that "there is no impact" on its operations. All personnel are safe, he added.

Volkswagen spokeswoman Larissa Braun said vehicles at a storage facility near the blast were damaged. "We will ship cars from our storage facilities at other ports to ensure our dealers have adequate supply," she said. Volkswagen's component plant, 20 kilometers (12 miles) away, suffered no damage, though some employees had minor injuries, she added.

Danish shipping and oil group A.P. Moller-Maersk said operations at its Tianjin port terminals, which are 5 kilometers (3 miles) from the blast site, resumed Thursday. A few warehouses owned and operated by suppliers to its logistics company, Damco, were damaged, two of them seriously. It said late Thursday that access restrictions and ongoing salvage operations have prevented it from fully assessing damage to cargo and Maersk Line containers.

Port operator Tianjin Port Development Holdings halted trading of its shares in Hong Kong Thursday. The company said in a statement to the Hong Kong Stock Exchange that its operations at the port were normal and it did not anticipate "any material loss" as a result of the accident. It applied for trading to resume on Friday morning. The stock is also listed in Shanghai, where it lost 2.1 percent in an otherwise rising market.

Tianjin is northern China's largest port, a gateway to Beijing that has grown in importance as companies seeking lower manufacturing costs migrated from China's eastern and southeastern manufacturing centers. Motorola, Toyota, Samsung, Nestle, Honeywell, Coca-Cola, Bridgestone, Lafarge, GlaxoSmithKline and Novo Nordisk, among others, have operations in Tianjin, according to a government trade promotion website.

The overall economic impact of the blast will hinge, in part, on how long the cleanup takes. The government has so far said little about the cause of the blast. Tianjin authorities suspended firefighting Thursday so chemical experts could survey for hazardous materials and the local Environmental Protection Bureau said it had identified toluene and chloroform in the air. Ruihai Logistics, which owns the warehouse that exploded, said on its website - which became inaccessible later Thursday - that it stored toxic chemicals including sodium cyanide and toluene diisocyanate, as well as compressed natural gas, flammable liquids and flammable solids.

Sean Liu, general manager of ICIS China, a commodities research firm, said preliminary interviews with companies at the port suggested that the near-term economic impact for most industries would likely be muted. But he said the blast could have long-term implications for the cost structure of China's energy and petrochemicals industry, if the government imposes stricter supply-chain safety standards.

"In my view, there must be a lot more safety and security control in place in the near future," Liu said.

China has seen a string of industrial accidents in recent years. In April, a paraxylene plant in southeastern Fujian province exploded, causing injuries and tremors up to 50 kilometers (30 miles) away. In July, a petrochemical factory in eastern Shandong province exploded, sending a huge fireball into the sky. In 2013, pipelines belonging to China's Sinopec Group exploded in the port city of Qingdao, killing 62. A 2010 pipeline explosion at the northeastern port of Dalian sent up 30-meter (100-foot) flames and spilled at least 1,500 tons of oil into the sea. 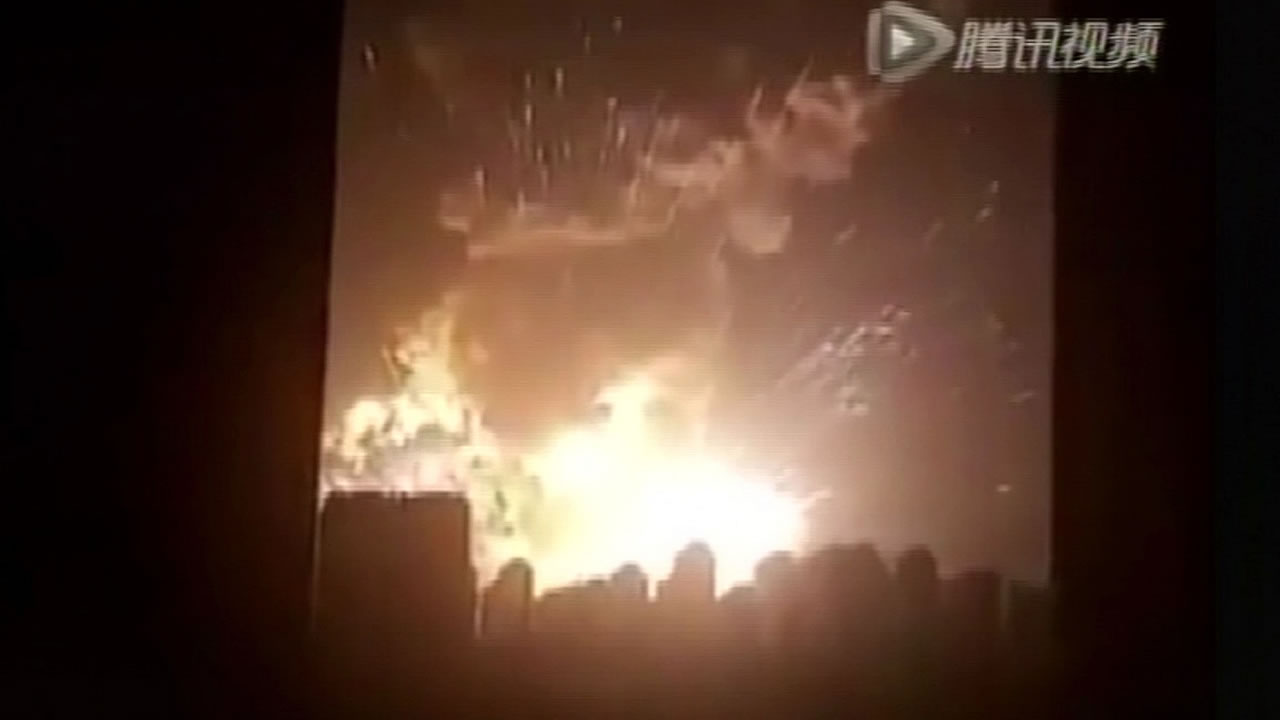