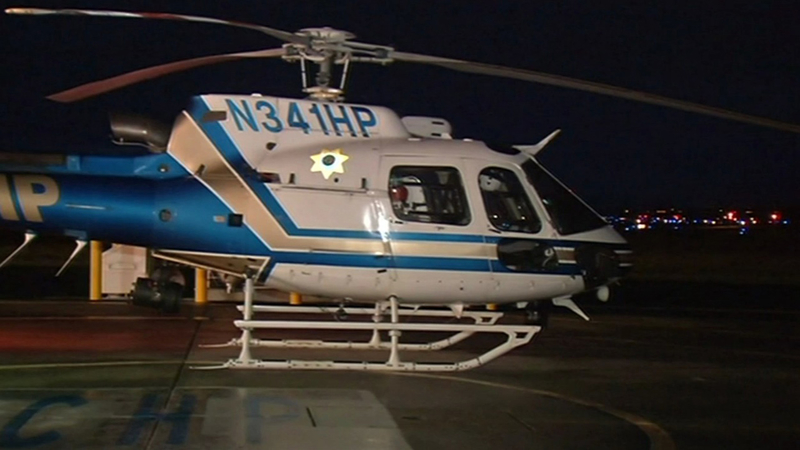 MARTINEZ, Calif. (KGO) -- The California Highway Patrol is asking drone operators to be careful after one of its helicopters had a close call over the weekend.

Saturday night, a CHP helicopter crew was over Highway 4 helping Martinez police when they noticed a light.

"They were between 700 and 800 feet above the ground when they encountered a little red light," said CHP pilot spokesman Jim Andrews.

It turned out to be guide lights of a white drone. It was flying at the same altitude as the helicopter at about 800 feet - the safe recommended height for a drone, according to the Federal Aviation Administration, is half that.

The CHP pilots were traveling at about 100 miles an hour when they spotted the drone and quickly banked. It whizzed by the left side of the helicopter. Their big concern is colliding with a two pound piece of plastic in the air.

"Our windshields are just plexiglass. It will go right through a windshield, incapacitate the pilot," said Andrews.

The pilot and his spotter followed the drone to a Martinez neighborhood where it landed. They called local police to help them find the drone operator.

Donald Williams lives on the cul-de-sac.

"Here comes three Martinez Police cars around the corner and the helicopter then put its lights on the guy, and they snatched on to him," said Williams.

The drone operator was not home when ABC7 News came by. He's a Chinese exchange student staying with a host family. The CHP has a simple message for drone operators: please fly safely.