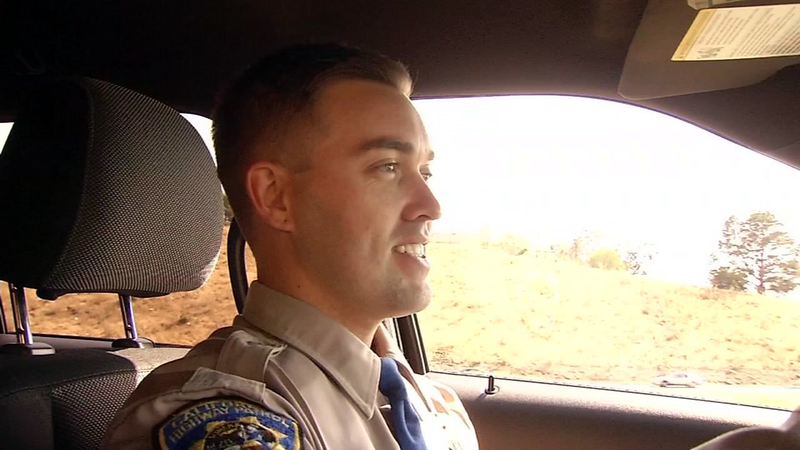 VACAVILLE, Calif. (KGO) -- You've heard about acts of kindness among strangers, but here's one that breaks the mold.

The center divide of Interstate 80 is an unforgiving no-man's land populated by the broken down or the desperate.

Last Saturday night, John Badial of Vacaville fit the latter category. "All my money for the week, all the money we had was in the center divide," Badial said.

He's an auto mechanic and father of two who made the common mistake of leaving his wallet on the roof of the family car. "I went right over the bump and I happened to glance in my rear-view mirror and saw everything fall out of my wallet and hit the ground," Badial said.

California Highway Patrol Ofc. James Morrell doesn't often receive calls about people crawling around highway medians in the dark on their hands and knees. "I thought he was broken down or ran out of gas, something like that," he said.

As Morrell soon learned those $200 meant everything to a man with a family living paycheck top paycheck. "Everything is accounted for. Every nickel gets spent, pretty much, so it was a huge loss for us," Badial said.

But there is more to this story because Morrell is second generation CHP and there was something about Badial's plight that touched him.

As he escorted him to a gas station, he noticed a cash machine nearby. While Badial filled up his tank with gas, Morrell withdrew $60, walked over and gave it to him. "Because that is how I was raised, my parents taught me to help everyone in any way that I'm able to do. And that's again the reason why I got this job. I wanted to help everybody," Morrell said.

"I was pretty thankful and got choked up about it because he doesn't know me from Adam, you know," Badial said.

They know each other, now.