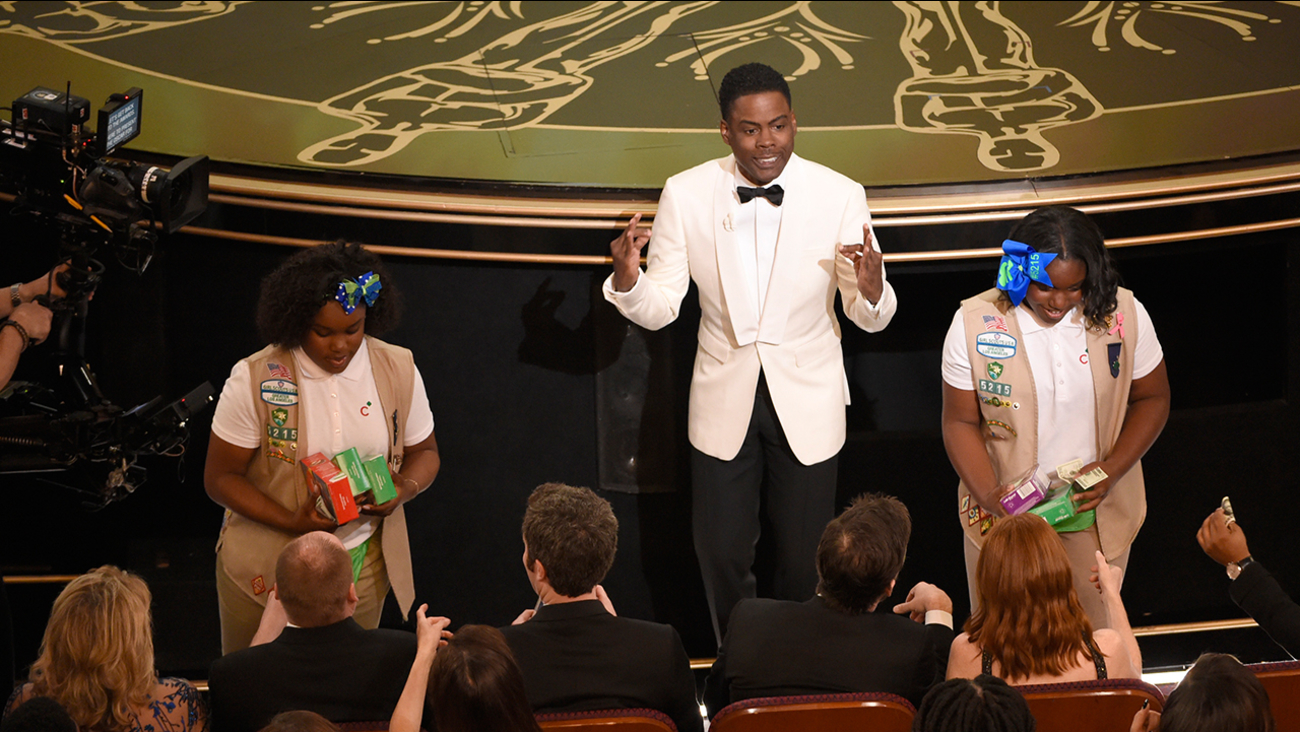 Host Chris Rock sells Girl Scout cookies in the audience at the Oscars on Sunday, Feb. 28, 2016, at the Dolby Theatre in Los Angeles. (Chris Pizzello/Invision/AP)

Hosting the Oscars turned out to be Chris Rock's second biggest priority on Sunday night. His first was making sure his daughters met their Girl Scout cookies quota at the ceremony.

Rock brought out what he said was his daughter's Girl Scout troop during the Oscars, who then ran through the aisles, trying to sell cookies to smiling stars.

Rock, celebrities in attendance and even some Girl Scouts troops tweeted about hilarious and heartfelt moment.

Yo is @chrisrock selling Girl Scout cookies at #TheOscars ?! 😂😂😩 this is a great moment in American history.

Wasn't as hard as I thought it would be... #oscars pic.twitter.com/H7XZMm4dlG

Thanks for making the #Oscars the sweetest yet!! https://t.co/pvYaFo3dsH