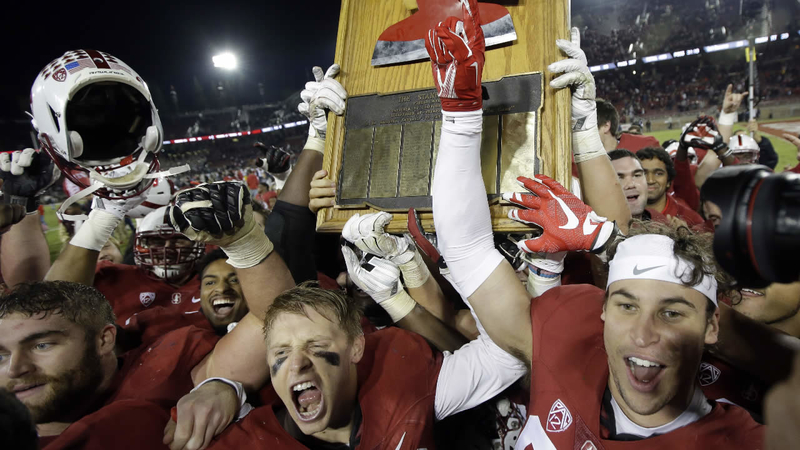 STANFORD, CALIF. -- Christian McCaffrey ran around and through the California defense on a 49-yard touchdown catch and also scored on a 98-yard kickoff return to help No. 15 Stanford clinch a spot in the Pac-12 championship game by winning the Big Game 35-22 on Saturday night.