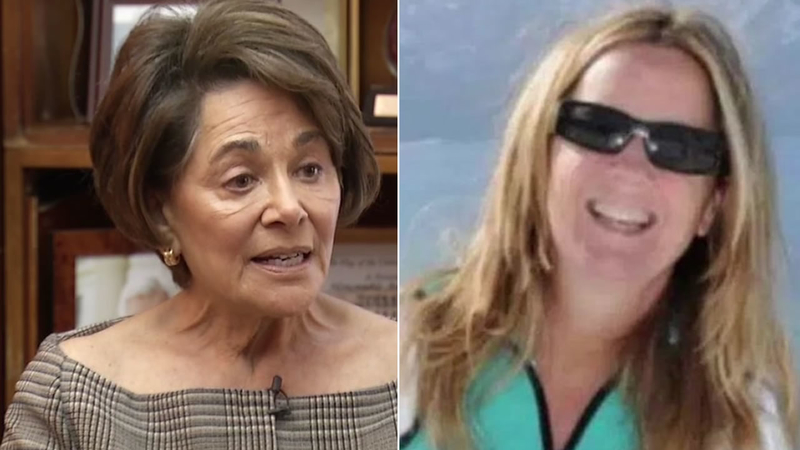 PALO ALTO, Calif. (KGO) -- "There were many things that she recalled very clearly. There were some other things that she wasn't sure of," said Rep. Anna Eshoo (D-Palo Alto) of when Dr. Christine Blasey Ford came to her district office two months ago. They sat across from each other at a large conference room table for nearly an hour and a half.

They'd never met before. Rep. Eshoo learned details about something that happened between Dr. Blasey Ford and Supreme Court nominee Brett Kavanaugh during high school -- details that are expected to emerge next week at a hearing of the Senate Judiciary Committee.

"There would be a cloud that hangs over the Supreme Court," said Rep. Eshoo, "and I think the American people deserve to have this aired because long term that confidence in our institutions in a democracy are absolutely essential."

In that long meeting, the veteran, 25-year member of Congress sized up Dr. Blasey Ford as courageous and aware of the risk of losing her anonymity, which has already happened.

VIDEO: Rep. Anna Eshoo on Blasey Ford meeting: 'It was difficult for her to retell her experience'
EMBED More News Videos

Congresswoman Anna Eshoo speaks out about the conversation she had with Dr. Christine Blasey Ford.

"She has exhibited extraordinary courage to come forward," said Rep. Eshoo. "She did not want this. She's not seeking... she never was seeking the limelight. She doesn't have a political bone in her body."

Eshoo believes an FBI investigation is needed to flush out evidence and to hear witness testimony to make the judiciary committee hearing fair. There is much at stake for Dr. Blasey Ford and others willing to point the finger in sexual assault cases.

"She's already damaged. So many others have already been damaged," said Rep. Eshoo. "But I think that if this is not a fair process, that it's going to diminish overall our democracy as well."

SKY7 was overhead as about 60 women rallied near the Blasey Ford home Thursday morning. A plane was also overhead with a banner saying "Thank you Christine." Friends, neighbors, fellow school moms and strangers continue to show their support.

"This is women saying we've had enough of this culture," said Kristen Podulka, the rally organizer and a neighbor of the Blasey Fords. "We went through Anita Hill 20 years ago and yet here we are today."

As the first person to learn of the accusations, Congresswoman Eshoo says she was left with a strong impression.

About 60 women who are neighbors/friends/fellow school moms of #ChristineBlaseyFord in #PaloAlto rally to support her, chanting “Senate Vote No” on #SCOTUSKavanaugh confirmation. Plane banner flew overhead saying “Thank you, Christine.” #abc7now pic.twitter.com/Wx3a6hMt9z