6 arrested in string of package thefts in Santa Clara County 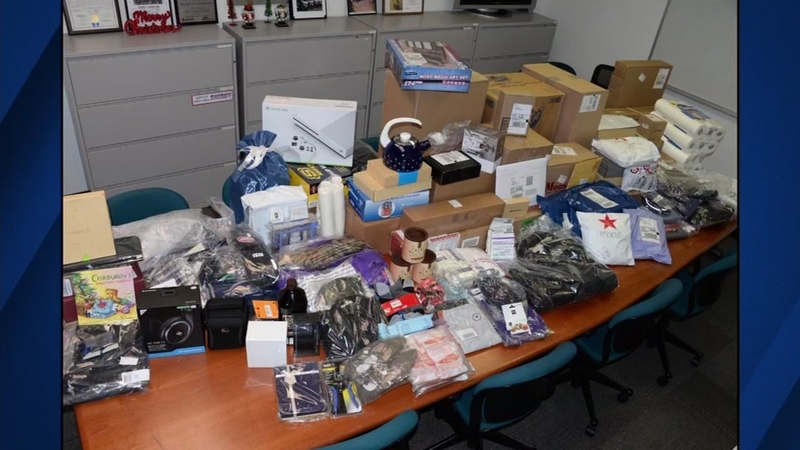 6 arrested in string of package thefts in Santa Clara County

SANTA CLARA COUNTY, Calif. (KGO) -- This time of year, many people rush home anticipating special gifts in the mail. Well the Santa Clara County Sheriff's Office says lately several thieves have been taking those gifts before they make it inside homes.

"We paid for it, we bought it, it's something for our family, and you took it," said Anne Stubblefield, mail theft victim.

Stubblefield felt completely violated when she learned Disney tickets were stolen from her mail. That sense of violation quickly turned to relief, once sheriff's deputies let her know they had them.

"It was the whole Disney package, hotel vouchers," said Stubblefield

The tickets are part of Christmas gift for her family. Stubblefield is one of dozens of victims.

Santa Clara County sheriff's deputies arrested six people tied to a string of package thefts. The perpetrator tied to Stubblefield's case was caught with packages in tow in a Saratoga neighborhood.

"When that individual realized there was a law enforcement behind him. He attempted to speed away and at the same time throw packages out of the window to avoid being caught," said Sgt. Richard Glennon, Santa Clara County sheriff's office.

A photo shows gifts ripped off from a Cupertino UPS facility. Detectives say 34-year old James Maybin and another person broke in then took thousands of dollars worth of property.

A residential surveillance camera helped detectives nab two suspects in Cupertino, 44-year old Ronald Martinz and 34-year old Dolores Mestaz. It captured the license plate on their vehicle too. Both are accused of taking packages of children's books and clothing.

"Our neighbors are really good about keeping an eye out for each other, I sent an email out to neighbors," said Stubblefield.