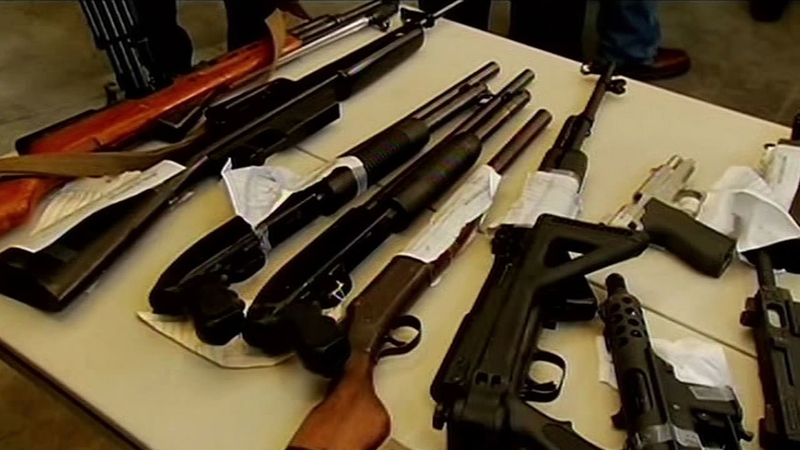 OAKLAND, Calif. (KGO) -- President Barack Obama said the nation must make it harder to carry out the kind of mass shooting that happened Wednesday in San Bernardino. However, many agree it is unlikely Congress will change anything, leaving it up to local governments to act. One Bay Area city is doing just that.

Oakland will stand up against gun violence by doing something only a handful of cities have done. They are doing this, they say, because Congress will take no action despite this week's shooting.

Sen. Dianne Feinstein, D-California, made yet another push to prevent the sale of guns to those known or suspected terrorists.

California already bans most assault weapons and you can't buy large capacity ammunition magazines, but there are no limitations on how many rounds you can secretly have in your possession.

The San Bernardino suspects had thousands of rounds on them and at their home.

Two Oakland City Council members will introduce an ordinance which says any magazine you possess cannot have more than 10 rounds.

"We often see these mass shootings using these large-capacity magazines because they don't have to reload," City Councilmember Annie Campbell Washington said.

Lt. Gov. Gavin Newsom is also proposing similar restrictions for California. San Francisco has had the ban in place for years.

Some are calling for change elsewhere. Nearly all states have an electronic database on prescription drugs dispensed to patients to avoid drug abuse; there is nothing similar in this country for guns and ammunition.

"Unfortunately, they're not going forward at the federal level to enact those laws, so we are going to do what we can to do locally and statewide," City Councilmember Dan Kalb said.

Oakland also wants to make it unlawful for any person to keep a gun in a home or car unless it is stored in a locked container. This, they say, will help keep guns from falling into the wrong hands.

Almost three years ago, Obama asked Congress to change the law, but a bill to do so died in the Senate.

The White House still has to work out the legality of an executive order that would effectively reinterpret the existing law.

The guns used by the two San Bernardino shooters were bought legally. Syed Farook was born in Chicago and worked as a county restaurant inspector. An official says he left the U.S. in July 2014 and returned with Tashfeen Malik. She entered the U.S. on a fiancee visa with a Pakistani passport. The couple married shortly after and had a baby girl. On the day of the shooting, ABC News confirmed the two dropped off their 6-month-old daughter with Farook's mother, telling family they had a doctor's appointment.