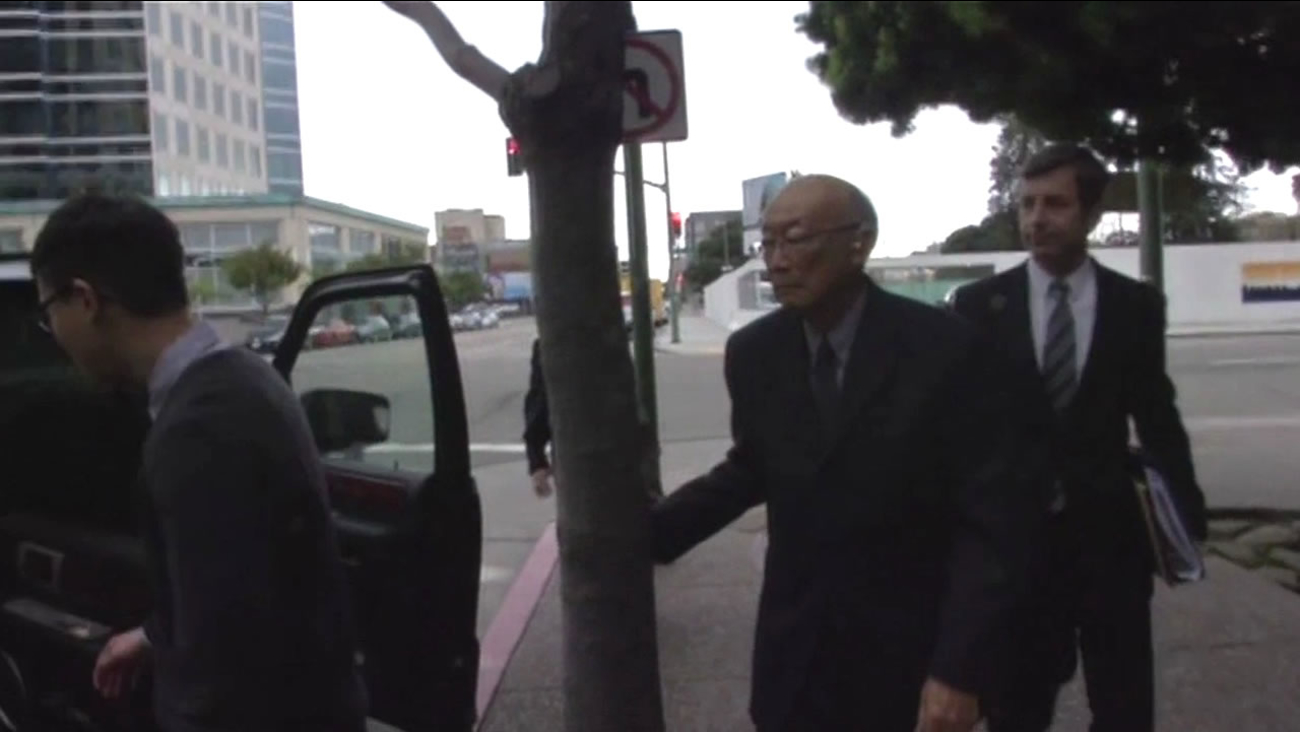 KGO
OAKLAND, Calif. (KGO) -- A case billed as "the largest investment fraud" in California history ended in Oakland Wednesday, the result of a plea deal. Although the case involves some 1,700 investors, who lost more than $700 million, Walter Ng and his son Kelly Ng were sentenced on for relatively minor offenses.

The investors believe the FBI did its job well, but that federal prosecutors dropped the ball and let the clock run out on the most serious charges.

In the plea deal, Walter Ng, 84, and his son Kelly Ng, 57, pleaded guilty to structuring transactions for the purpose of evading a reporting requirement -- keeping cash withdrawals under $10,000 to avoid detection.

In Kelly's case, his lawyer said he took $400,000 over four years to hide his gambling habit from his family.

Wednesday, Kelly Ng received 18 months in federal prison and his father five years' probation. The judge cited his advanced age and the fact that he is the primary caregiver for his wife, who suffers from dementia.

The investors complain the FBI spent more than two years investigating the Ngs for securities fraud, but that the U.S. Attorney's office didn't move quickly enough and let the statute of limitations expire. About 17,000 investors, many of them elderly, lost their life savings, a total of more than $700 million, in the Ng's real estate investment companies.

"Well, it's all gone now; I'm in there for the low seven figures," investor Bob Wong said.

"The majority of the investors weren't really wealthy people; this isn't as high-brow as the Madoff, this is blue collar people," investor Jessica Livingston said.

The investors say the Ngs hid the fact that the investment funds were doing poorly, continued to raise money on false projections, and transferred money from one to the next -- in effect, a pyramid scheme.

"I do not wish him badly, what I'm saying is that the possibility the bad karma will come to you and other people that are associated with you," investor Young Fong said.

One added insult to the investors -- Kelly Ng's lawyers touted his charitable contributions to the Bentley School in Lafayette that his children attended. But, one of the donations, $25,000, was paid with investor money, drawn from the mortgage fund account.

"That's just awful, just absolutely awful," investor Art Hileman said. "They took our money and used it for themselves."

A civil case against the Ngs filed by the Securities and Exchange Commission is expected to go to trial this summer, and Walter Ng's bankruptcy will drag on for the rest of the year. Investors will not receive any money from either of those actions.

Investors are preparing a class action lawsuit -- their last chance to get some of their money back.
Related topics:
oaklandcrimestockslawsuitfbii teamfraud
Copyright © 2021 KGO-TV. All Rights Reserved.
More Videos
From CNN Newsource affiliates
TOP STORIES