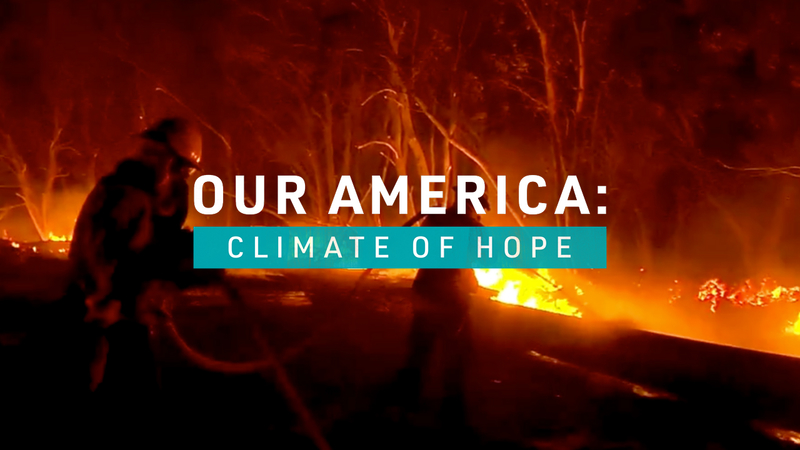 In 2020, over 58,000 wildfires burned 10.3 million acres in the United States. That's the most acreage impacted in a year; and nearly 40 percent of those acres were in California.

Our America: Climate of Hope examines the increasingly destructive wildfires and the challenges it poses to life, property and public health and spotlights the people helping us adapt to the increasing threat.

The story of fire in California is two-fold: On one hand, it's about drought and disagreements over the management of dead trees and brush in California's vast forests. On the other, it's millions of people living in what's called the urban-wildland interface.

In the Sierra Nevada mountains, an estimated 147 million trees have died, priming the forest with enough dry fuel to create the next inferno. But experts say it's the exclusion of fire that's causing the biggest risks.

The Creek Fire burned from Sept. 4 to Dec. 24, 2020, becoming the single largest wildfire in California history, burning nearly 380,000 acres and destroying 856 structures. But not one life lost, thanks to those who put their lives on the line.