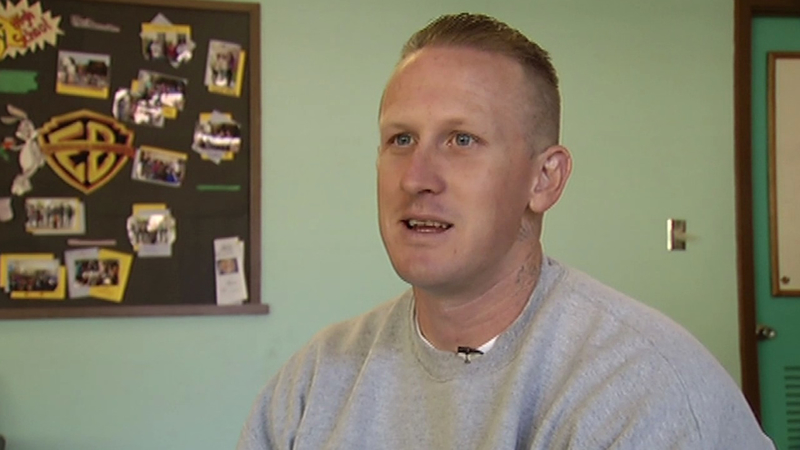 BERKELEY, Calif. (KGO) -- A young UC Berkeley student has really turned his life around. Clint Terrell spent his years in juvenile hall and then prison. Thanks to an outreach program at Cal, he is now an English major with his sights set on becoming a professor.

Terrell is older than your average undergraduate at UC Berkeley. Now 30, he's lived a life not typical of someone who makes it to Cal.

At 14, Terrell had his first encounter with the law for burglary. That landed him in juvenile hall.

"They would come in at 7 in the morning," he said. "They'd take your mattress, your bed, they'd take everything. They would leave you with your clothes and that's it."

At 20 and addicted to drugs, he went back; this time, to prison.

"Same thing, I robbed a house and stole a car," he said.

When he was accused of inciting a riot, Terrell was sent to solitary confinement for 18 months.

"There is a bed along one wall, there's a sink, a toilet and that's it," he explained. "And it's about six feet wide. So from fingertip to fingertip you can touch both walls."

When asked what he did to keep sane, Terrell said, "You got to come up with activities for yourself, you know? Exercise, read, write letters, draw."

Then one day an inmate introduced him to classic English and American literature.

At age 26, Clint Terrell finally began to get his life together. With no job skills, a friend recommended community college with the goal to transfer to a four-year university. Enter UC Berkeley.

The university has a program called the Underground Scholars Initiative, which seeks out people like Terrell who have been incarcerated.

"There is nobody that's perfect, you know?" he said. "We all make mistakes and you can still redeem yourself."

This English major now hopes to eventually earn his PhD.