KGO
By Vienna J. Montague
BODEGA BAY, Calif. (KGO) -- A man is recovering after being rescued when his kayak overturned off the coast of Bodega Bay.

The Coast Guard was notified when the kayaker didn't return during his scheduled time at 1:00 p.m. on Sunday.

A boat crew found his kayak upside down in the water near Estero Americano about twenty minutes later, but not the kayaker himself.

A helicopter from Sonoma County Sheriff's Office was called in and helped the crew locate the kayaker in the water four minutes later.

The Bodega Bay Coast Guard found him wearing a life jacket and dry suit, but the suit had developed a leak and he appeared to be showing signs of shock.

He was brought back to dry land and taken to the hospital for emergency services.

"Wearing a dry suit, a life jacket and filing a float plan, enabled our crew to rapidly locate the stranded kayaker," said Senior Chief Petty Officer Jeremiah Wolf, the officer in charge of Station Bodega Bay.
"His dry suit had begun to leak and if he had not filed a float plan, letting someone know where he was going and when he planned to return, the outcome of this case could have been very different."
Report a correction or typo
Related topics:
bodega baywater rescuecoast guardbodega
Copyright © 2020 KGO-TV. All Rights Reserved.
RELATED 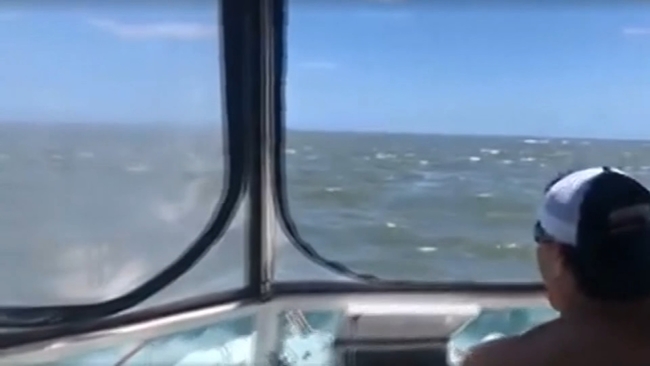