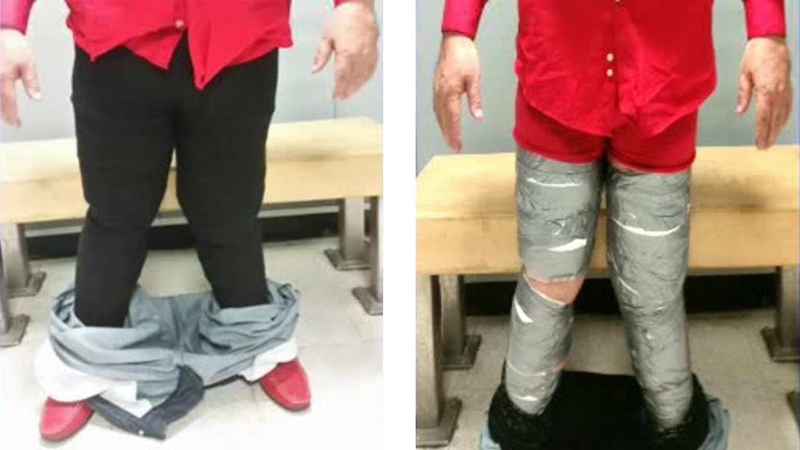 NEW YORK -- For the second time this month, customs officers arrested a man for trying to smuggle cocaine into the United States in his pants.

RELATED: 12 crazy ways drugs are being disguised, smuggled in

Investigators say Mayo-Banex Ruiz Gomez had 5 pounds of cocaine taped to his legs as he went through security at JFK Airport.

They say he was acting "nervous."

"This latest seizure demonstrates our CBP officers being ever vigilant in protecting the United States from the distribution of these illicit drugs," said Leon Hayward, Acting Director of CBP's New York Field Operations.

Gomez was traveling from the Dominican Republic.

He now faces federal narcotics smuggling charges and will be prosecuted by the U.S. Attorney's Office in the U.S. Eastern District Court of New York.

Back on March 4th, agents at JFK also found cocaine taped to a passengers legs.