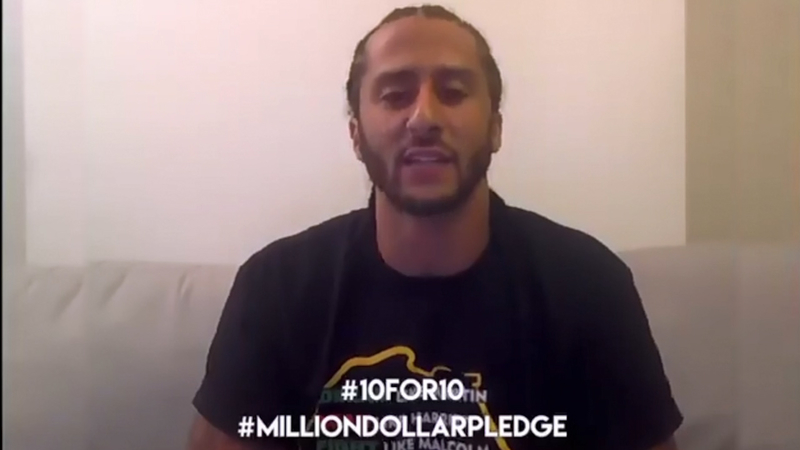 Kaepernick made the promise after a Sep. 1, 2016 preseason game. That's when he first went down to one knee during the national anthem to protest police brutality.

TIMELINE: How the national anthem protests have evolved

Since then, he has donated $900,000 to organizations fighting for social justice.

Wednesday on social media, Kaepernick announced that he will donate the last $100,000 of the pledge over the next 10 days.

My brother Kevin Durant @KDTrey5 has generously decided to match my donation of $10,000, with $10,000 of his own, making the total donation to De-Bug $20,000!!! My brother Kevin, you are truly a champion on, and off the court. #MillionDollarPledge #10for10 https://t.co/aK6dKa5Boa pic.twitter.com/He41wgChCF

Silicon Valley De-Bug got $10,000 today. The San Jose group advocates for jail reform and will use some of the money to help families of jail inmates.


Thank you to @Kaepernick7 & @KDTrey5 for donating to our De-Bug community! With ur support we'll be able to grow our fight to #endmoneybail, reunite families separated by incarceration & protect rights of youth against unlawful police interrogations! #10for10 #protectyourpeople pic.twitter.com/YclrYf4meX

Kevin Durant of the Golden State Warriors helped Kaepernick pick the organization and will match the pledge with his own $10,000 donation.