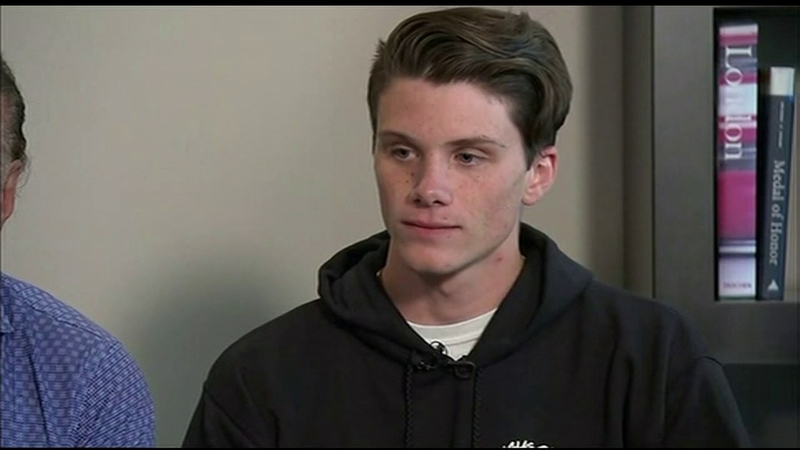 HIGHLANDS RANCH, Colo. -- The gunmen who opened fire at a Colorado STEM school "completely and utterly lost to good people," one of the students who helped disarm and subdue one of the assailants said Wednesday.

Three students charged at the gunman Tuesday afternoon: Kendrick Castillo, Brendan Bialy and a third student who did not want to be named. Castillo was fatally shot, and eight others were injured, some critically.

Speaking to reporters Wednesday afternoon, Bialy said Castillo "died a legend. He died a trooper. He got his ticket to Valhalla, and I know he will be with me for the rest of my life."

The three students jumped into action without hesitation and managed to successfully disarm the shooter, Bialy recalled.

"There was no questioning. There was no hesitation. There was no looking around. It was threat noticed, action time, try to physically get in the way," Bialy explained, adding that shots were fired over the course of the skirmish. Baily said the gunman "didn't know what the hell hit him."

Two people have been arrested in connection with the shooting: 18-year-old Devon Erickson and a juvenile whose identity has not been released, both students at STEM School Highlands Ranch in suburban Denver. It's not clear which alleged shooter the three students subdued, though Bialy said he knew both of them.

The U.S. Marine Corps identified Bialy as a member of the Marines' Delayed Entry Program. The Marines said Wednesday that Bialy put his own safety at risk and showed "courage and commitment" in helping tackle a gunman.

Marine Capt. Michael Maggiti said Bialy's "decisive actions resulted in the safety and protection of his teachers and fellow classmates," adding that Bialy was not injured.

Bialy gets regular physical workouts and leadership advice but never received military training for dealing with an active-shooter threat, according to Maggiti. Bialy met regularly before Tuesday's shooting with a recruiter for exercise and discussions about "what it means to be a Marine."

Maggiti said none of those sessions addressed threats by an active shooter, but that Bialy and his recruiter did talk about "putting service before self."