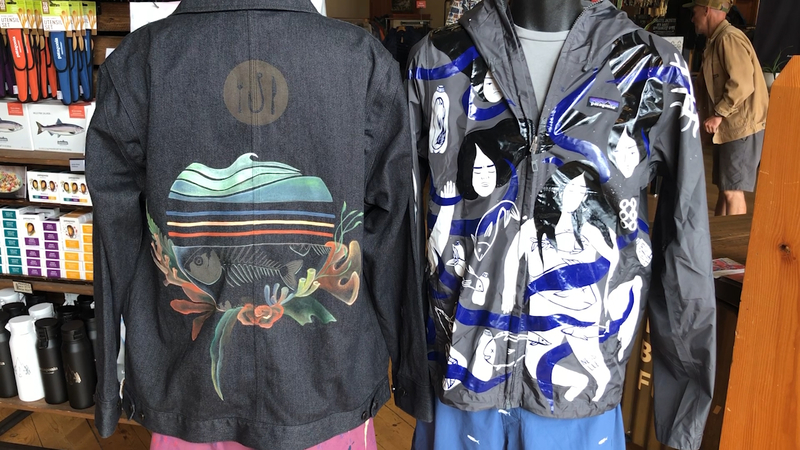 SANTA CRUZ, Calif. (KGO) -- PangeaSeed Foundation and the Patagonia store in Santa Cruz, Calif. have teamed up with artists to create custom artwork clothing to spread the message of ocean and marine life conservation.

These articles of clothing will be auctioned off as a fundraiser for the PangeaSeed Foundation's biggest program.

.@PangeaSeed and @patagonia in Santa Cruz have teamed up with artists from our area and from around the world to create custom clothing designed to raise awareness of ocean conservation. pic.twitter.com/bGYqCSY41g

"PangeaSeed Foundation is a Hawaii-based non-profit organization that's dedication to marine conservation," PangeaSeed Foundation Director of Operations Akira Biondo said. "Our way of doing that is 'artivism'. It's a combination of art and activism. SeaWalls Arts for Oceans program is PangeaSeed Foundation's flagship program. It's a public art program that brings the oceans into the streets and where people live and experience live. We want to create emotional connections between people and the oceans in very large-scale ways."

The organization came to Santa Cruz because it is a region that not only has amazing marine life, but opportunities to spread their message as well.

"The Bay Area is a very environmentally conscious part of the country," Biondo said. "It boasts amazing marine environments and eco-systems both coastal and inland. So, we really want people to feel proud about where they live and what their natural resources have to offer."

The PangeaSeed Foundation's upcoming SeaWalls Santa Cruz public art project that will be taking place in Santa Cruz in June 2020.

As part of this event, over 30 artists of local, national and international origins to customize re-purposed Patagonia apparel items.

These artists include Ethan Estess who we highlighted for Building a Better Bay Area with his ocean trash art projects.

As is the case with Estess' works, the clothing has a message that's important for the public to have on their radar.

"Each article of clothing has its own important story," Biondo said. "One pair of shorts shows silhouettes of white Ahi with only one single Ahi still being around. It addresses the issue of over fishing and showing that there is only one fish left in a vanishing sea of extinct fish."

The custom clothes tell stories of bigger issues happening across the world, including over fishing shown here by these shorts. @PangeaSeed pic.twitter.com/Cor6UUUA5G

The free family-friendly event will take place on Thursday Sept. 19, 2019 in Santa Cruz, Calif. at the Patagonia store on River Street.

"We hope that people attending the event will really be excited to be supporting those items, whether that's on their bodies or on their walls," Biondo said."

To learn more about the PangeaSeed Foundation and their SeaWalls program, click here.

Each of these works of art will be auctioned off at the @PangeaSeed fundraiser tomorrow night at the @patagonia store in Santa Cruz as a way to raise money for the Sea Wall project that they will debut in June 2020. pic.twitter.com/org3AdZJDO 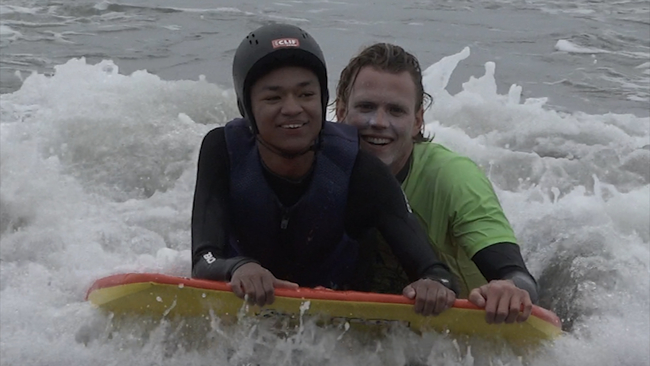 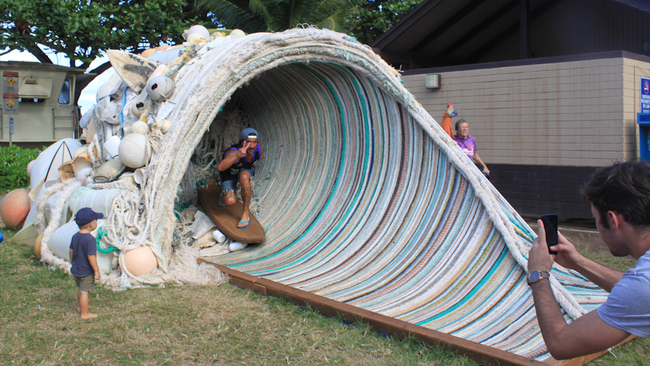