Neighbors at odds over proposed daycare center in Pleasant Hill 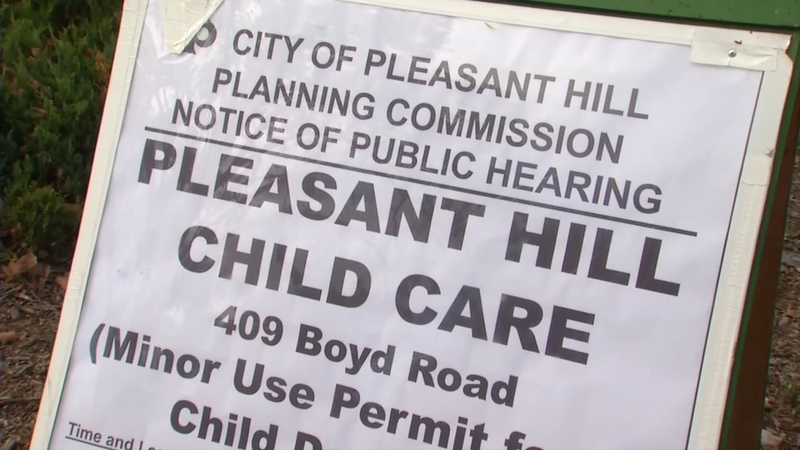 A proposed daycare facility is pitting neighbor against neighbor in one quiet Pleasant Hill enclave. Some residents say it's sorely needed, while others complain it will only increase traffic and decrease their property values.

Some residents say it's sorely needed, while others complain it will only increase traffic and decrease their property values.

"We have a very strong interest in maintaining a nice neighborhood, and traffic free areas," explained new father Ben Lee, "but at the same time, we recognized it is important to have day care centers for our young children."

But not everyone here supports a proposal to put a Montessori daycare facility in the existing First Church of Christ, Scientist at 409 Boyd Road.

Two buildings would be converted to serve 72 children, age's two to 6.

A proposed day care center in one @PleasantHill_CA neighborhood is pitting neighbor vs. neighbor, concerns over traffic, property values. pic.twitter.com/ZTN8AaEnsM

"We have over a 100 people who are actively against this," said neighbor Pamela Parker who has placed a sign in front of her home, depicting the words "Daycare Center" with a red line through them.

"It's been a church for over 40 years that I've been here, quiet lovely neighbors. Now to have the traffic impacted, not to mention the noise," said Parker.

Others don't mind a daycare but do worry about increased traffic in an area already impacted by gridlock related to several existing schools.

"We walk to Strandwood Elementary, so I think our concern is the intersection of Gregory and Strandwood," said resident Joe Waldo. "We already don't use that crosswalk because it's so busy at school time. So we just cross where we can between cars and cut through the church. "

Gordon Swidler says he's lived in the neighborhood for nearly 30-years and claims he's read all the reports related to the proposed facility, including a traffic study submitted by applicant Sharon Yang.

"The traffic study is by TJKM Engineering," said Swidler, "and their summary is that the impact on traffic would be a less than significant impact."