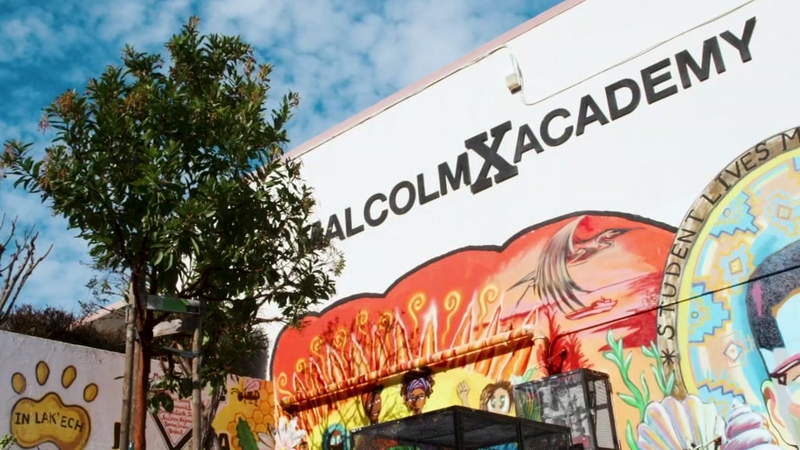 "Converting from physical in classroom to distance learning, it was tough at first. Trying to help parents maneuver on networks and how to get on the zooms, it was hectic," said Isom.

"Mr. C," as he's known, is a product of the "Man the Bay" program through the Urban Ed Academy with the goal of increasing teachers of color. Since 2014, the Warriors Community Foundation has donated more than $300,000 to the Urban Ed Academy while adopting Malcom X Academy, dedicating time and resources to the school in San Francisco's Bayview-Hunters Point neighborhood.

“Representation matters. You need to be able to see somebody that looks like you and, even across the screen, that’s great.”

Since 2014, the Warriors Community Foundation has worked closely to support the Urban Ed Academy. https://t.co/0veQyclahQ

"Malcom X was so important to me personally because the lowest achieving group we found were African-American males," said Warriors Community Foundation President Nicole Lacob. "Our foundation, we want to make a difference. Urban Ed was a natural partner in that because they felt the same way we did and we've been doing multiple programs with Malcom X and the Willie Brown school which is the middle school it feeds in to."

When asked about the impact the Warriors are making for his school and the entire Bay Area, Isom was thrilled that the franchise followed through on their promises and put in the work.

"Such a great organization, this is actually my sweater from the Warriors. I am a big Warriors fan, how can you not be? Just being involved in the community that they are in. Not every organization is like that, able to give back to their community and say hey we are doing the work," said Isom.

School may look a little different this year, but we can all stay healthy and keep learning together! Enjoy a message from our friends at @sesamestreet pic.twitter.com/KM08sU3McX

"For the students, representation matters for them to be able to see someone that looks like themselves, there are a number of benefits that come from that," added Lacob.

The Warriors have donated more than $22.5 million dollars to Bay Area organizations since the new ownership group of Joe Lacob and Peter Guber took over.

"If I know one thing, it's that the Bay Area will rally together and continue to support those in need during this difficult time."

As our region continues to battle aggressive wildfires, help support those who have been adversely affected. » https://t.co/V2zcr3J7bd pic.twitter.com/cFXqIVOiAr