KGO
By Eric Thomas
CONCORD, Calif. (KGO) -- A long-delayed plan to build thousands of apartments on the grounds of the old Concord Naval Weapons Station could get a big boost tonight, or face even more delays.

The City Council hoped to make a decision Tuesday night, but their meeting on the development turned into a six-hour marathon because of public comment on the plan.

The meeting was finally adjourned after one o'clock in the morning and set to resume Wednesday at 6:30 pm.

For more than 12 years, the City of Concord has been struggling with plans for redeveloping the old base - which stored bombs and torpedoes for navy ships.

In 2016, the city contracted with developer Lennar Corporation to turn it into a gleaming mixed-use development with 13,000 units. There's no shortage of interest.

McGallian says plans are currently at an impasse, because of a dispute between Lennar and the local building trades council over how much union labor should be used. The unions accuse Lennar of agreeing to hire union labor, then walking it back.

But Lennar and partner Fivepoint Construction say they can't make money using all union workers, and the Trades Council knows that.

"They have stated they intend to lobby you and to find another developer who may be more malleable and perhaps less concerned about the project economics," said Kofi Bonner of Fivepoint.

Concord Mayor McGallian says the purpose of the city council meeting is to determine whether Lennar is following through with terms it agreed to when it accepted the project - including the number of union workers.

"The goal is to have a robust conversation, there's probably going to be some other things that are brought up as well."

If Lennar is found to be in compliance the project continues. If not, the developer COULD pull out, forcing the city to find another master developer or do the job itself, which it cannot afford.

But, the city says if everything goes right it will be worth the wait.

These parks and beaches just reopened their parking lots 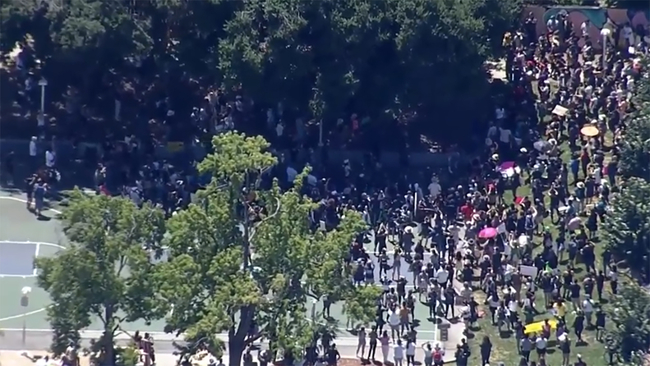