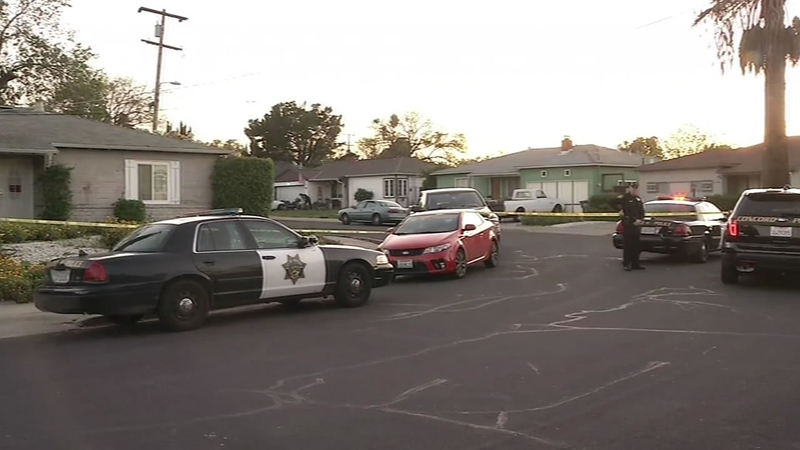 CONCORD, Calif. (KGO) -- Concord Police are looking for two men in connection with a drive-by shooting that injured an 8-year-old boy.

He was playing outside his home on the 2900 block of La Salle Avenue around 6 p.m. when someone shot him. Police say the boy underwent surgery and is in stable condition. He's expected to survive.

Investigators have been speaking with members of this little boy's family. Officers say when the 911 calls came in tonight from neighbors they immediately recognized the address.

Concord police say the 8-year-old boy was playing in front of his own home Friday night when he was shot in his upper body.

"Two white males in a silver color Honda drove up to the residence, and it sounds like they fired one single shot," said Concord police Cpl. Christopher Blakely.

Sky7 HD showed forensic investigators with flashlights searching for evidence. Police say do not know if the home was targeted, but they say they're familiar with the address. Officers say they've been called out recently for various disturbances.

"We want to know why, why these guys would shoot especially with children in front of the house," Blakely said.

"I really do hope he pulls through and is able to move on and that the family is able to protect their children," said neighbor Ken Shupe.

Police say the boy's family initially drove him to John Muir Medical Center. From there, he was taken by ambulance to Children's Hospital in Oakland.

"With him being transported by ambulance instead of by air that's usually a good sign," Blakely said.

"It's the first of anything of this caliber to happen in this neighborhood," Shupe said.

Another neighbor described the 8-year-old as a beautiful little boy who was always outside playing.

Police say there was a female adult outside with him when he was shot. She was not hurt.