KGO
By Laura Anthony
CONCOW, Calif. (KGO) -- Carol Campbell is from Concow. She knows her house, her mother's, and her daughter's house have all burned to the ground. But what adds to her anguish is the feeling that her little community is being overlooked.

"Concow matters-- a lot of my friends are missing," Campbell said. "A lot of us lost our homes and nobody cares-- somebody's gotta care about us too."


Throughout Butte County, the toll from the Camp Fire is mounting, a record number of people have been found dead and the search is far from over.

In Paradise, evidence teams are meticulously combing through all of the burned and abandoned cars left behind at the height of the fire.

OES Deputy Director Kelly Huston said, "This devastation is unreal frankly. We thought we saw the worst of it in Santa Rosa and Coffey Park-- and that whole area. And obviously, that was terrible and tragic. This is just an order of magnitude beyond that."

And in places like Concow home after home has been leveled, except for a few.

Gary Green's property is the exception. His wife was able to escape at the height of the fire, but Green stayed behind to help a neighbor. By the time he tried to leave it was too late.

"The wind coming across here was about 50 miles per hour, and flames were straight across. It was incredible. It was like a monster coming down there from Jarbo Gap and it came to destroy."

Green knows at least seven people who died in his town-- Campbell does too. 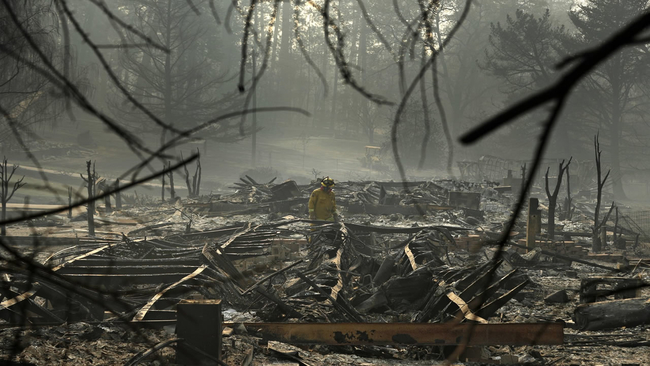 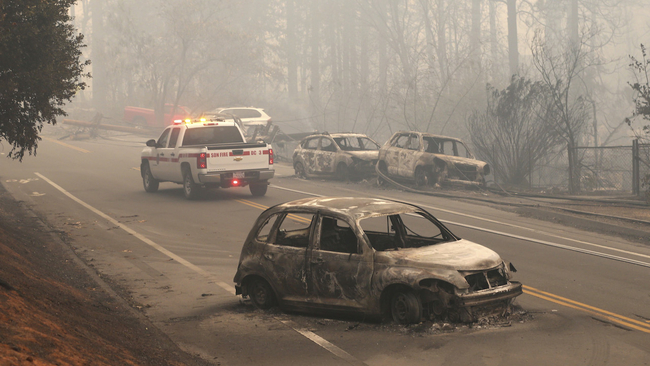