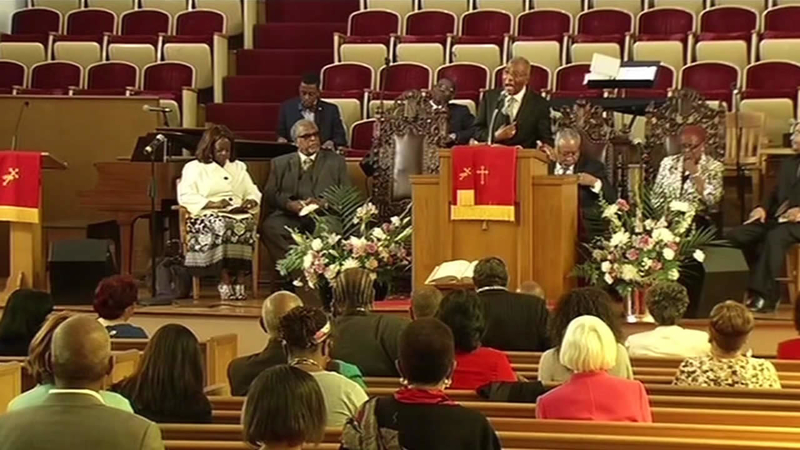 SAN FRANCISCO (KGO) -- The power of prayer and forgiveness were on display Sunday as a historic church in South Carolina reopened after a shooting at a bible class claimed nine lives.


People filled the pews as Emanuel African Methodist Episcopal Church held its first service since the shooting on Wednesday. About 1,200 people filled the church, raising their voices in prayer and song.

"I want you to know because the doors of Mother Emanuel is (sic) open on this Sunday," said Rev. John H. Gillison. "It sends a message to every demon in hell and on earth."

Sunday's reopening comes as investigators are pouring over what they think may be 21-year-old Dylann Roof's online manifesto. The rant is filled with hate for black, Hispanic, and Jewish people. Police say Roof has confessed to the shootings.

PHOTOS: Charleston shooting suspect
A man suspected of opening fire inside a church in a shooting that left nine people dead is still at-large, police say, and they are releasing photos and information in hopes of finding him.

Though miles away, the shooting victims and parishioners were close in the hearts and prayers of many in the Bay Area. A small prayer vigil was held inside Third Baptist Church in San Francisco for the Charleston church shooting victims.

"When they mess with our church house, everybody's house is in trouble," said Rev. Amos Brown.

Brown spent time at the South Carolina church during the 1960s civil rights movement. He says the tragedy has again shed light on the ugly face of racism.

Outside the church, a police officer was posted to provide security for the congregation. It's something the church didn't request, but was happy to accept. 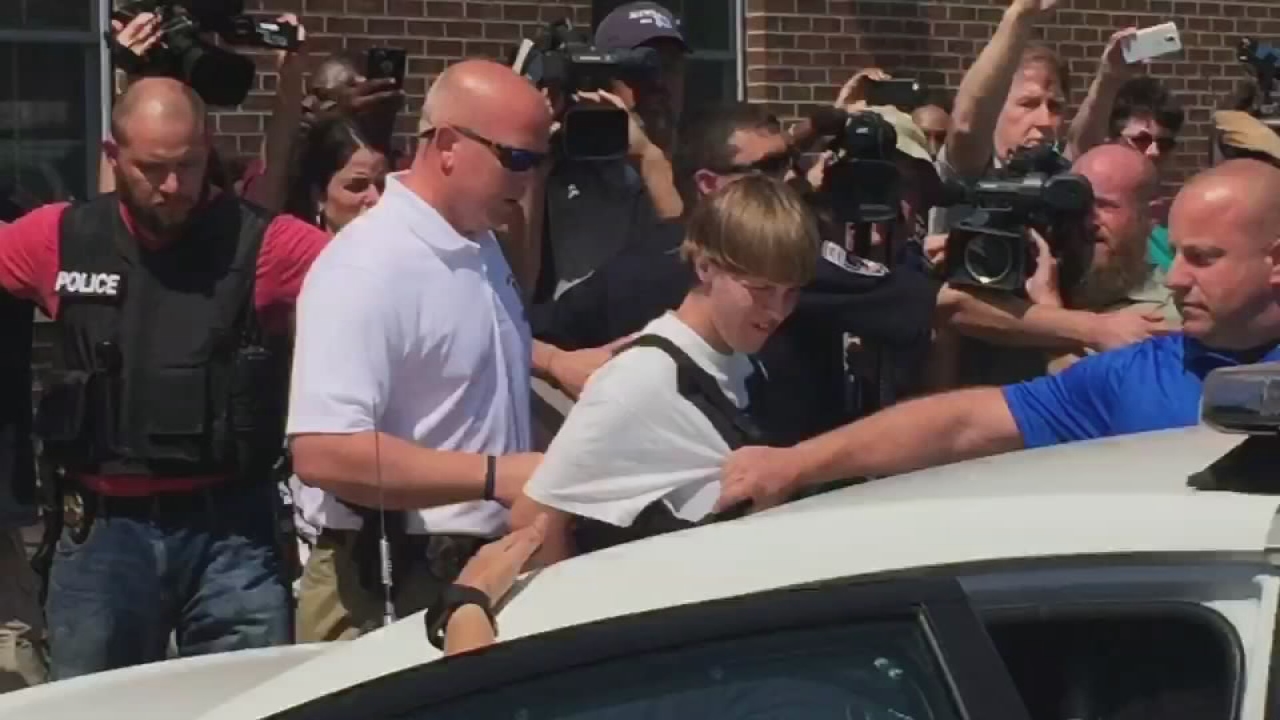 In the meantime, there were also songs of praise at Oakland's First AME Church on Sunday. The church stands united.

"It's going to take more than an angry 21-year-old man to close the doors of this church," said Rev. Harold Mayberry.

Mayberry was a friend of pastor and state Senator Clementa Pinckney, who died in the massacre. Mayberry will attend his funeral next week.

"Being a person of faith, you have to forgive," said congregation member Charlotte Williams.

Williams says she forgives alleged killer Dylann Roof and prays for his family.

"But we can't, I myself, cannot hold hatred," she said. "Otherwise I cannot continue to grow."

It's a bond of courage and strength from this church family in the wake of something so tragic.