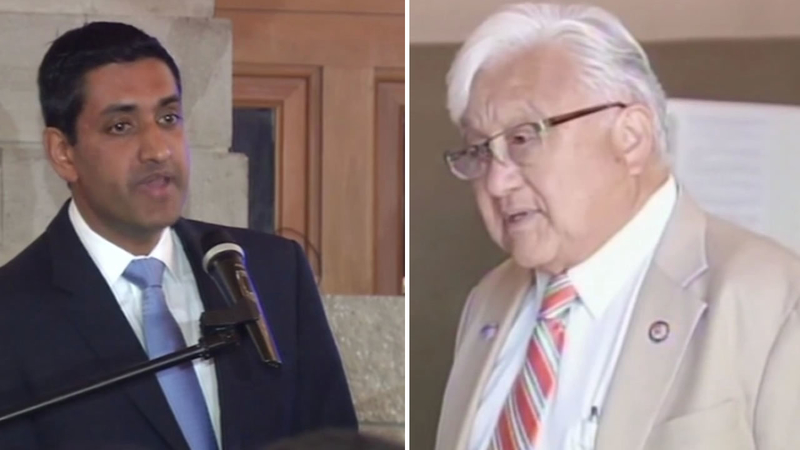 This is a rematch from two years ago and it's really what a lot of people in the South Bay expected, for the race to come down to incumbent Mike Honda and Ro Khanna.

Khanna is appealing to a younger demographic and to those who want District 17 to be something different.

"Let's send a message to this country that change is coming. It's coming from Silicon Valley that we are going to make our democracy what it should be," Khanna said.

ABC7 News was in Cupertino with Honda Tuesday morning, as he greeted voters. Honda headed back to Washington D.C. Tuesday for general votes that are taking place early Wednesday morning.

His office put out a statement Tuesday night saying Honda will quote, fight tooth and nail, until November 8, to turn progressive ideals into results.

As for Khanna, he says he'll take a break from campaigning Wednesday and get back to work. First thing Thursday morning.

RELATED: Sanders has no plans to concede if he loses California primary