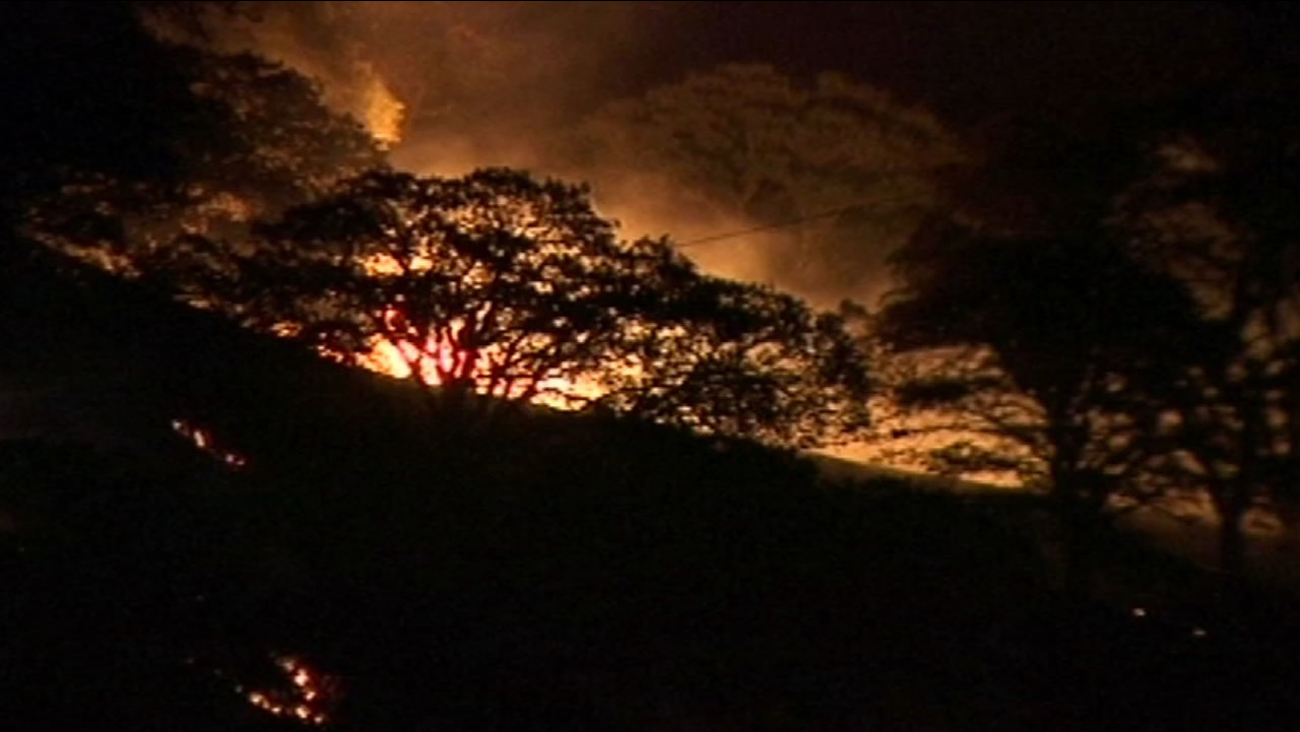 The fire was reported shortly before 10 p.m. on Friday just southeast of Clayton and off of Marsh Creek Road and Aspara Drive, Cal Fire officials said.

An evacuation order for homes along Bragndon Way was lifted Saturday morning.

The cause of the fire is still under investigation, but CHP officials said it appears the blaze started when a car drove into a power pole, knocking power lines down and sparking the fire.

PG&E crews were on the scene this morning repairing the downed lines, according to the CHP.

Firefighters remain at the scene checking for potential hot spots.