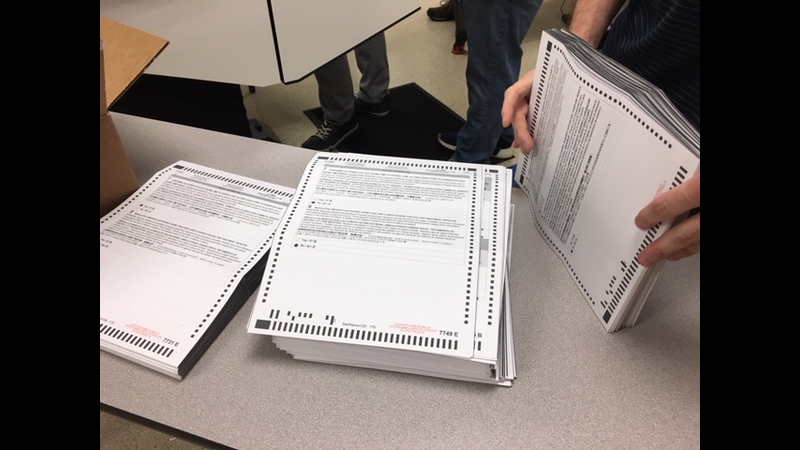 CONTRA COSTA COUNTY, Calif. (KGO) -- If early ballot returns are any indication in Contra Costa , the turnout for next Tuesday's midterm will easily eclipse a similar election four years ago.

That's compared with the 49 percent in the last midterm election in November 2014.

Canciamilla says the numbers are expected to approach that of a presidential election. In 2016, 79 percent of eligible Contra Costa County voters cast their ballots.

"It's amazing in the midterm where we don't have anything terribly dramatic on the ballot in our county," explained Canciamilla. "I think it's a trend just because of the national exposure and the national conversation."

"I feel that voting is important to the process of every American," said early voter Tom Usery right after he cast his ballot in Martinez, "and unless you vote, your opinion won't count, unless you vote."

"I think in the past, a lof people thought their vote didn't count," added Christina Mares. "And so those I've spoken with, they've all been coming in early."

Are you registered to vote? Check here.

And while that's convenient for all involved, county officials have seen an uptick in vote by mail registrants also showing up to cast a provisional ballot at a polling place on election day--which can cause confusion and added expense.

Duplicate ballots will not be counted twice.

"We've seen an increase because there was a push a few years ago for ballots to be counted on election day," said Canciamilla. "And frankly the best way to ensure that is to vote by mail and drop your ballot off before election day."