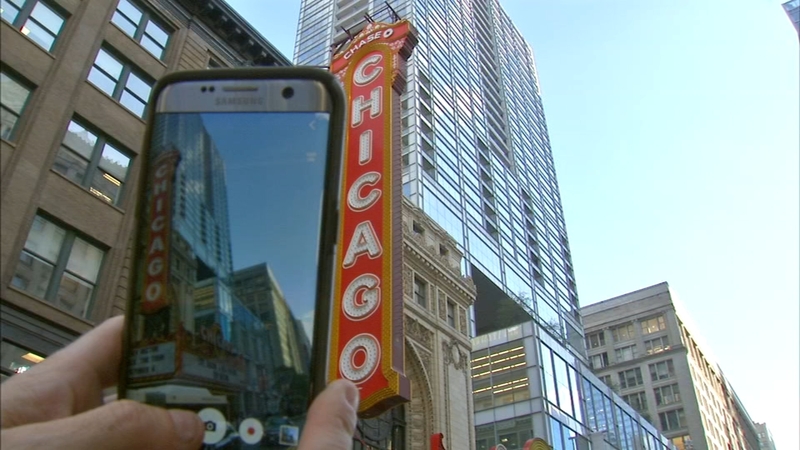 Posting the wrong video or photo can cost you money or get you in legal trouble.

It's a pretty picture you found online, and you want to make your own. Perhaps to boost your likes and followers.

The I-Team is finding out how poached pics can cost you hundreds, even thousands of dollars.

It could be a striking image of the city or a gorgeous shot of food.

"I've seen people on Twitter reuse pictures and videos, and they have not really credited them," said Gabriel Barnett.

They could be online pictures that you want for your own social media feed or perhaps a new Facebook cover photo.

"It is very common for people to just take pictures from Instagram and post them on Twitter without crediting the source, or snatching from Google images," said Marcus Washington, a social media user.

"I'll admit it. I am guilty of it. I have done it before," said Sirre David Faulcon, another social media user.

"If you just Google image something and it pops up in front of your face, you think it is yours to take," said Katie Mulhern, another social media user.

"The first point is that you have to assume that everything out there is protected by copyright, and it's just not necessarily free to use," said Bill McGrath, an attorney at Davis McGrath and works for the Center for Intellectual Property Information and Privacy Law at John Marshall Law School.

McGrath says anyone with rights to a video or picture could make a claim against you.

"If I'm not a professional photographer, but if I get a shot of a dog on a trapeze, and it becomes very valuable, I can have a case?" Jason Knowles asked.

But he says the risk is higher if you use a professional photographer's work, protected by copyright.

"When a cease-and-desist letter comes, it very often has a demand for a payment of a fee. There's a lot of image recognition software out there that photographers use to see if their photos - and where their photos - are being used," McGrath said.

McGrath says a photographer made one of his own clients pay up.

"An individual who wanted to post a song on YouTube did so and needed some imagery up there," McGrath said. "It was a song about the Chicago Cubs. He went to Google Images, took an image of the marquee and just posted it with the song and later got one of these letters, and it created a problem for him."

Lincoln Park photographer Andrew Weber says he sends cease-and-desist letters mostly to people who are trying to profit from his work.

"So when a client hires me or someone hires me to do a specific job, they are paying me for that. So if I post the photo and they take it, post it on their social media or share it on their channel, I'm losing compensation as far as someone purchasing the rights to use that picture from me by someone else," he said.

Legal experts say the biggest risk can occur if you are using a professional photo to generate money or followers.

Re-using a picture on a small, personal social media where you are not profiting in any way may be a lower risk.

"People think that just because it is on the internet, you are posting on social media, that someone else can just take something from you and re-post it on their account. I understand that it is a thing, like, you know this person took this picture and it is a great picture," said Weber. "But if you are taking it and saying, 'I took this,' or using it for a marketing or advertising piece, that's when there is an issue."
Report a correction or typo
Related topics:
technologysocial mediai teamphotophotographylegalconsumer
Copyright © 2021 WLS-TV. All Rights Reserved.
I-TEAM
Chicago's Legacy Walk highlights those who fought for LGBTQ+ equality
SJPD arrests 3 suspects in 20-year-old homicide cold case
DOJ reviews 'new info' in decision not to charge Nassar investigators
SFMTA responds to grand jury report on Van Ness Improvement
TOP STORIES
LIVE: ABC7's Drew Tuma on Bay Area storm watch
Parts of Bay Area get foot of rain in Sunday Storm
POWER OUTAGES: More than 130K without power in Bay Area, PG&E says
Storm updates: List of Bay Area evacuations
AccuWeather Forecast: Level 4 storm continues through midnight
Bay Area storm: List of road closures, canceled events
LIVE: Track rain in Bay Area with Live Doppler 7
Show More
Falling tree kills driver in Santa Cruz mountains amid storms
James Michael Tyler, known for 'Friends,' dies of cancer
Bay Area rain has millions of termites searching for love
Highway 17 in Santa Cruz Co. reopens after police activity, CHP says
Can authorities prove if Brian Laundrie killed Gabby Petito?
More TOP STORIES News