Here's a look at the latest videos about novel coronavirus and the spread in the U.S. and across the world.

In the latest board meeting Tuesday night, the San Francisco School Board voted "yes" on a resolution pledging to reopen schools in the fall, 5 days a week for in-person learning.

California health officials announced that Contra Costa, Sonoma and Napa counties are officially moving into the orange tier on Wednesday.

Gov. Gavin Newsom Tuesday announced a plan to fully reopen California's economy on June 15 if current trends hold. The full reopening is contingent on two conditions, the state said -- if vaccine supply is sufficient for Californians 16 years and older who wish to be inoculated and if hospitalization rates are stable and low. Get more details here.

President Joe Biden is set to announce Tuesday that he is shaving about two weeks off his May 1 deadline for states to make all adults eligible for coronavirus vaccines. Get more details here.

Governor Newsom could be announcing a new "green" tier of reopening as soon as today. It comes as more Californians are getting vaccinated and COVID-19 cases drop. Here in the Bay Area, Sonoma County could take another step forward into the orange tier today

Stanford researchers confirmed one case of a "double mutant" variant in the Bay Area, believed to be the first of its kind in the United States. It carries two mutations of the virus that helps it latch itself onto cells. The researchers do not know yet if the variant is more infectious or resistant to vaccines. They say it originated in India, and could be partially responsible for a new surge of cases in that country.

California will allow indoor concerts, theater performances and other private gatherings at limited capacity starting April 15. The California Department of Public Health announced the changes as the rate of people testing positive for COVID-19 nears a record low. Get more details here.

A new COVID vaccination site will open later today at Cesar Chavez Ravenswood Middle School in East Palo Alto. Local leaders say the site will bridge the equity gap for the city, which has the lowest vaccination rates in the county.

Kids in Fremont will remain on distance learning for the rest of the school year. Fremont Unified's superintendent explained in a newsletter yesterday that the school district and the teachers union could not reach an agreement on how to return to the classrooms. He says the district is walking away from negotiations after months of talks. Last night, the teachers union president said she hopes the district will return to the bargaining table.

The Oakland A's tweeted Tuesday night that they would be offering more seats for Opening Day on Thursday. This comes after the state announced that Alameda County is allowed to move into the orange tier starting Wednesday.

12 p.m.
SF's Moscone Center to reopen for conferences in September

San Francisco's Moscone Center is going to reopen for conferences at the end of September. The American Society for Surgery of the Hand is booked for September 30 through October 2. Organizers say they expect just about everyone who attends will be vaccinated by then. The last conference at Moscone was in February 2020.

The organizer of Lollapalooza is pushing for an in-person return of Chicago's massive music festival. Co-founder Perry Farrell told iHeartRadio he wants to bring the festival back in August in one capacity or another. This would only happen if coronavirus cases in Illinois continue to drop.

This comes after Outside Lands in San Francisco's Golden Gate Park announced earlier this month that they're moving the annual 3-day event to Halloween weekend.

The San Jose City Council will vote Tuesday to possibly extend Al Fresco through Sept. 30, but some are hoping the program will last longer -- or even become permanent.

Contra Costa County health officials are now encouraging everyone who lives or works in the county age 16 or older to request an appointment to receive a COVID-16 vaccine. The move will expand eligibility to another 375,000 county residents who have not yet been vaccinated. Officials say that Contra Costa County will no longer refer to eligibility phases or tiers in determining who gets the vaccine and doses are available to anyone the FDA has approved for use of the vaccine. Here's the full story and more information about making an appointment.

11 a.m.
Biden: 90% of adults will be COVID vaccine-eligible in three weeks

President Joe Biden announced on Monday afternoon that 90% of adults will be eligible to get a coronavirus vaccine within the next three weeks as well has have a vaccination site within five miles of where they live. "For the vast, vast majority of adults, you won't have to wait until May 1. You'll be eligible for your shot on April 19," Biden said. Read more about his remarks here.

The San Mateo County Event Center announced they're hosting an in-person county fair this summer after being forced to cancel last year due to the COVID-19 pandemic. The fair will be held from Saturday, June 5 to Sunday, June 13.

On Thursday, the state is allowing anyone 50 and up to get their COVID-19 vaccine. Two weeks after that, eligibility expands to anyone 16 and up. Contra Costa County has already been vaccinating those 50 and up and are preparing for those 16 and older later this week.

California has 3,562,191 confirmed cases to date with 2,998 newly recorded confirmed cases Saturday. A total of 209,863 tests were conducted during the prior 24-hour reporting period.

Providers have reported administering a total of 17,136,841 vaccine doses statewide.

Facebook says it's reopening its Bay Area offices starting May 10. Most employees have been working from home for months. The company will start by opening its Menlo Park headquarters at just 10% capacity. Its Fremont offices will follow on May 17. The Sunnyvale and San Francisco locations will reopen on May 24. Many employees will continue to work from home and some won't return until September.

A new mass vaccination site will open on Tuesday at the shuttered water park, Six Flags Hurricane Harbor. It is a joint effort between the city of Concord, Contra Costa County and Kaiser, with staff on site mapping out the drive-through set up that will eventually vaccinate 15,000 people a week with the help of the National Guard.

California is expanding the list of people who are eligible to receive the COVID-19 vaccination, opening it up to everyone 16 and older starting April 15, it was announced. Speaking at a vaccination site in Orange County, Gov. Gavin Newsom also announced that everyone 50 and over will be able to make an appointment to receive a shot starting April 1 based on an expected increase in vaccine supply, which up until now has been limited. Get more details here.

The Oakland Coliseum mass vaccination site is scheduled to shut down in the coming weeks, but talks are underway to keep it running. State and federal officials opened up the site in February. Since then workers have administered six-thousand shots a day. Right now the site receives special vaccine allocations directly from the federal government. Alameda County officials say they are discussing transitioning the site to county management.

Marin, San Francisco and Santa Clara counties are moving into the orange tier today. That means office buildings can reopen at 25% capacity. Restaurants and other attractions can operate at 50% capacity.

Health officials announced Tuesday that San Francisco, Marin and Santa Clara Counties have officially joined the orange tier. San Francisco Mayor London Breed said during a press conference Tuesday that the city is "proceeding with caution" but she's hoping the city will reach the yellow tier within a few weeks.

State health officials are expected to allow three Bay Area counties to move into the next tier of reopening. San Francisco, Marin and Santa Clara Counties could join San Mateo County in the orange tier.

Contra Costa Co. extends vaccine eligibility to those 50 and older

Contra Costa County is extending vaccine eligibility to people who are 50 and older who live or work in the county -- regardless of whether they have an underlying health condition. The county says it extended eligibility because of an increase in COVID-19 vaccine supply.

Contra Costa County will honor the lives lost to COVID-19 one year since the first known death there. Since March 22 of last year, more than 730 county residents have died. Organizers say the Hope and Healing Virtual Event will honor their memories and promote community healing. There will also be a live musical performance. The virtual ceremony will be broadcast from Contra Costa Regional Medical Center starting at 8 p.m.

State health officials released the most recent statistics on COVID-19 Sunday. California has 3,545,278 confirmed cases to date. There were 3,350 newly recorded confirmed cases Saturday, with 7-day positivity rate of 1.8%. 56,118 COVID-19 deaths have been reported since the start of the pandemic. As of Mar. 21, providers have reported administering a total of 14,520,575 vaccine doses statewide. The CDC reports that 18,234,500 doses have been delivered to entities within the state. 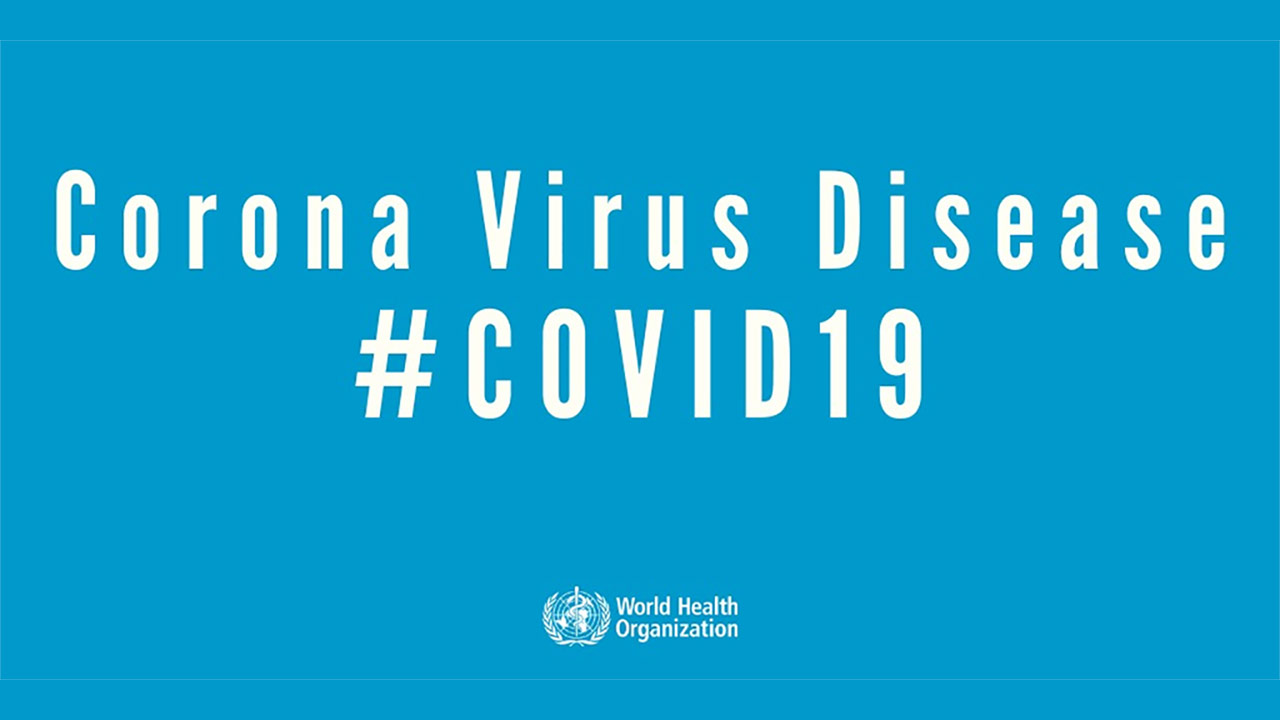