Coronavirus puts children at an increased risk for abuse and neglect: Experts 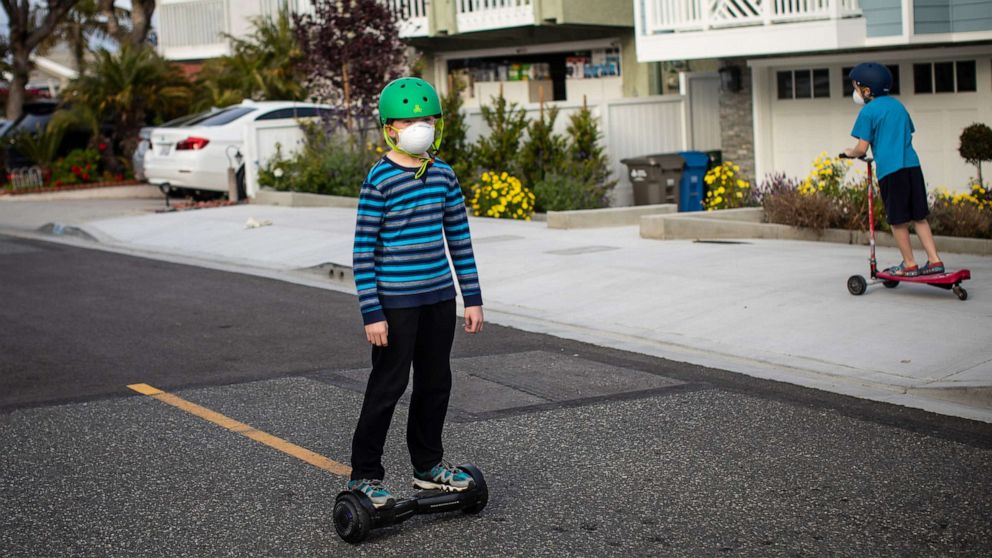 As more children across the nation are now forced to stay home due to strict quarantine regulations, the risk of physical abuse is greater, some experts say.

Sophie Phillips, chief executive officer of TexProtects, a statewide child advocacy organization, said any type of crisis can put children at an increased risk for abuse and neglect.

"This is a really interesting time," she said. "Parents are under so much stress but then there's also the financial hardships."

According to Phillips, there has been a 48% reduction in reports to Texas' child protection services (CPS) statewide intake system. But the decline in calls may be misleading.

In the first week of March when schools were still open, Phillips said Texas had 11,447 reports of child abuse. Three weeks later, when most major cities put in place stay-at-home orders, the number of reports dropped by nearly 50%.

"It's important to note that while we can anticipate actual incidences of child abuse increasing, we're not going to see that reflected in our child welfare reporting agencies," said Phillips.

Pennsylvania has seen a 50% reduction in average daily calls to ChildLine, a division of the Pennsylvania Department of Human Services (DHS) that is responsible for accepting reports of suspected child abuse, since state lawmakers enforced various social-distancing measures to help stop the spread of coronavirus on March 19.

"While we wish that a data trend of fewer child abuse reports could be reasonably interpreted to indicate fewer instances of child abuse, we know this is unlikely to be the case," the press secretary of the department of human services in Pennsylvania said. "Rather, one unfortunate effect of temporary school closures is the lack of interaction between children, their teachers and other mandated reporters in school settings."

"Children right now are home like most of us are and so they are not going before teachers, school bus drivers, dentists, social workers, so reports are not being made," said Angela Liddle, president and CEO of Pennsylvania Family Support Alliance, a nonprofit child protective services organization. "Calls are down right now, likely in every county in [Pennsylvania] and likely nationwide right now."

Due to social distancing rules, it has become more difficult for social workers to speak with and visit children who are in need of help, said Liddle.

"Very few people are used to being around kids 24 hours a day, seven days a week. The worst thing for families is when there is incredible stress there is a higher risk for potential abuse," said Liddle.

Liddle, who has 30 years of experience in child abuse prevention and services to families, said the need for child safety should be a top priority.

"It is a really fragile time for all of us, but for families who have limited resources right now, it's especially concerning," she said.

She went on, "If we are thanking hospital workers, medical personnel, EMTs and law enforcement, we need to say kudos to the child care workers who are still doing their best to look [after] children's safety."
Report a correction or typo
Related topics:
abc newsnational
Copyright © 2020 ABC News Internet Ventures.
More Videos
From CNN Newsource affiliates
TOP STORIES

Life after COVID-19: Here's what restaurants, gyms will look like
Crowds flock to Shoe Palace as Bay Area mall reopens for 1st time in months
CA nail salons: Newsom to meet with lawmakers about guidelines to safely reopen
BART reveals 15-step plan to getting service back on track
Mayor: Cop who put knee on George Floyd's neck should be charged
CA moving too quickly to reopen churches and hair salons, Dr. Cody says
Show More
Half of Americans would get a COVID-19 vaccine: Poll
WATCH THURSDAY: 'Education: A Bay Area Conversation'
Coronavirus: Updated number of COVID-19 cases, deaths in Bay Area
Get the latest on the novel coronavirus pandemic here
US deaths from coronavirus surpass 100,000 milestone
More TOP STORIES News