BERKELEY, Calif. -- Trudy the Titan Arum has bloomed at the University of California Botanical Garden at Berkeley.

Trudy opened a little Saturday evening at about 6 p.m. and was flowering more at about 9 p.m. when garden officials left for the day, associate director for visitors services Jonathan Goodrich said.

The odor was fading and could be smelled only near the plant as of about 3:45 p.m. today, he said. 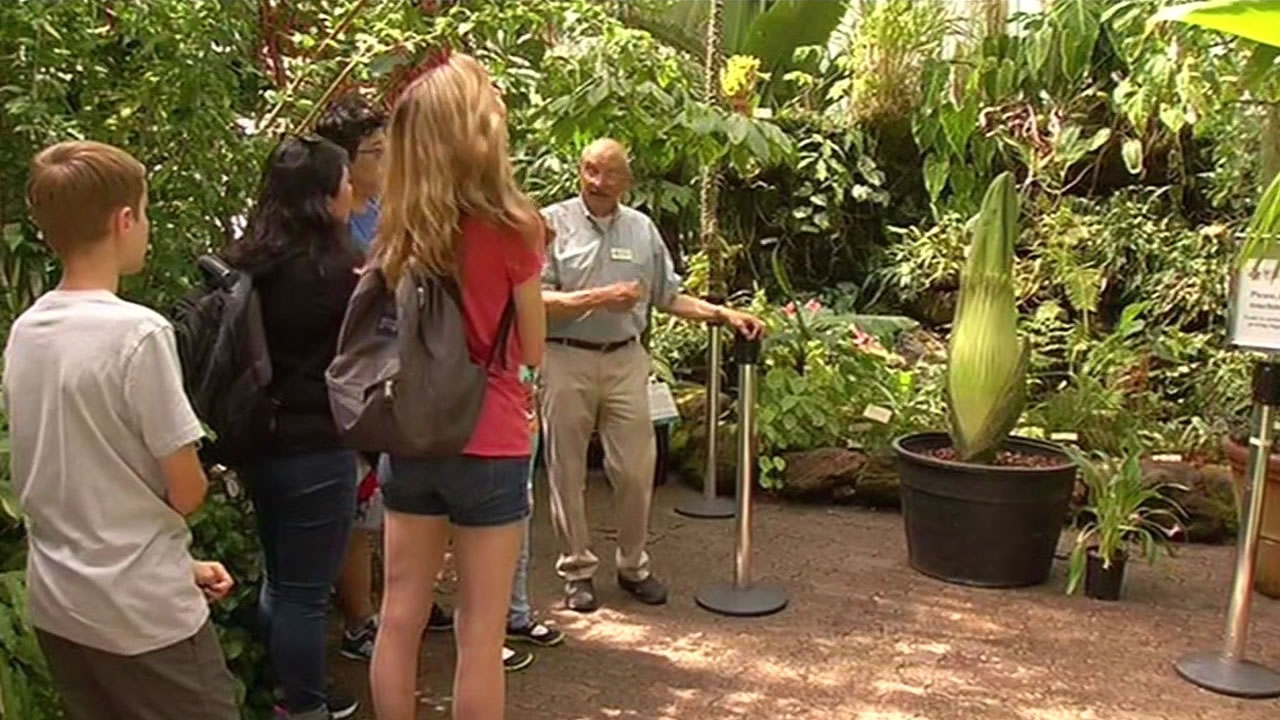 Pungent 'corpse flower' about to bloom at UC Botanical Garden