'Coupons' reveal how it feels to live below poverty line 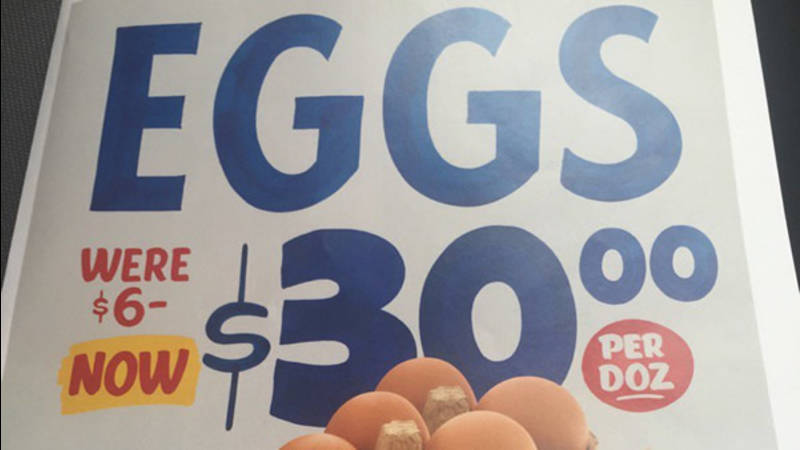 'Coupons' reveals how it feels to live below poverty line

However, local organization isn't waiting for that day to kick off a unique campaign to raise awareness and money for those living in poverty in the Bay Area.

Imagine what it's like to live in San Francisco where the average family income is just over $153,000, but your family lives below the federal poverty line struggling to make ends meet.

Some shoppers at a Nob Hill grocery store got a surprise education in what it's like when you earn five times less than average as the basic necessities feel as if they cost five times more. "$25 for a box of spinach, butter of course is $27.45," a Nob Hill employee said.

Look for these "coupons" in the paper-ad campaign shows how it feels to live below the poverty line. #tippingpoint pic.twitter.com/RS0aKAHg1Q

"That's a delicate balance, how do you ask people to give and not make it the cliché of give or else or make me feel guilty," said Rich Silverstein, from Goodby, Silverstein & Partners.

Donations will go to Tipping Point, a San Francisco non-profit that has given millions to fight poverty.

The Mission Asset Fund is a recipient. They help immigrants build their credit scores. For them the struggle highlighted in the ad campaign is real. "They work multiple jobs just to make ends meet and this is the experience they go through every day," Mission Asset Fund spokesperson Jose Quinonez said.

While some Nob Hill grocery store shoppers were eventually told the poverty line prices weren't real, they are for one in 10 San Francisco families.