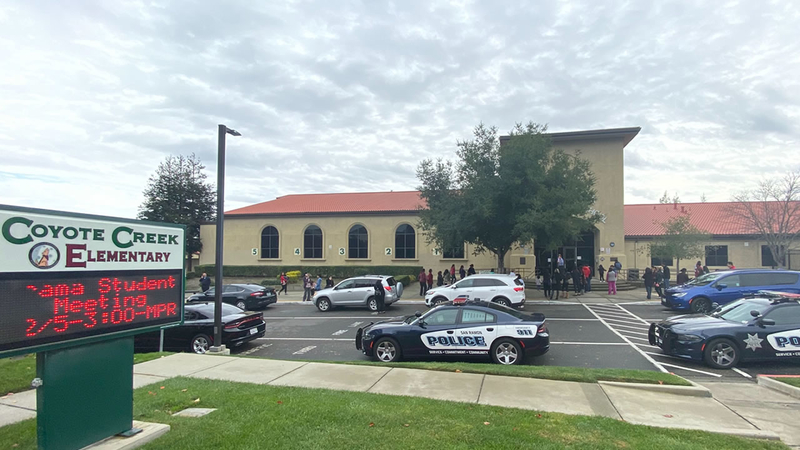 SAN RAMON, Calif. -- A lockdown at Coyote Creek Elementary School in San Ramon on Tuesday because of threatening graffiti found in a bathroom has since been lifted, according to a San Ramon Valley Unified School District spokesman.

The school was locked down at about 11:55 a.m. after someone found graffiti in the main boys bathroom that read, "every body dies at 12:30."

Police responded and determined that there was no credible threat to the school, district spokesman Chris George said. The lockdown was lifted a little after 1 p.m.

While the lockdown has been lifted, students will be kept indoors for the rest of the day and police will remain on campus, George said.

This is the second time in the past month a school in the district was locked down due to similarly threatening graffiti.

On Nov. 7, Iron Horse Middle School in San Ramon was placed on lockdown after a noon shooting threat was found scrawled on a bathroom wall.