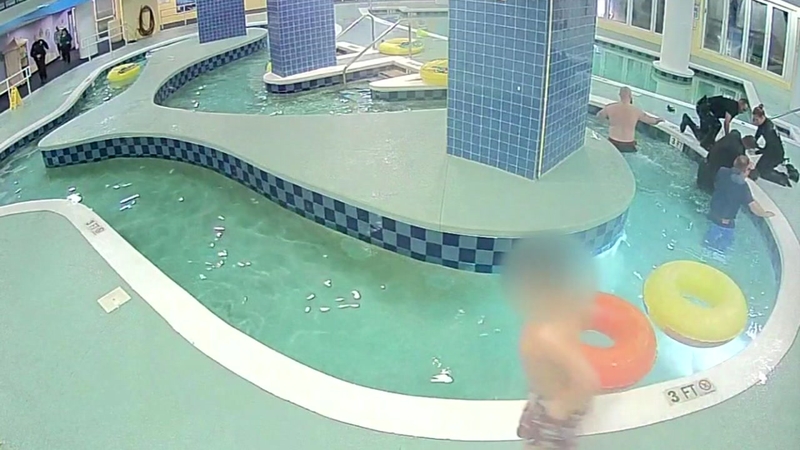 A video shows the boy and his friend swimming around the lazy river at a resort. They removed a metal grate on the floor.

The boy was swimming down to explore the hole but his leg became stuck. His friend and some adults tried to get him out, but were unsuccessful.

Emergency crews were able to finally pull the boy out of the pool after about nine minutes. Police credit a hotel guest for saving the boy's life. That guest performed underwater mouth to mouth breathing the entire time.