Critics call on lawmakers for legislation, not prayers after Texas church shooting 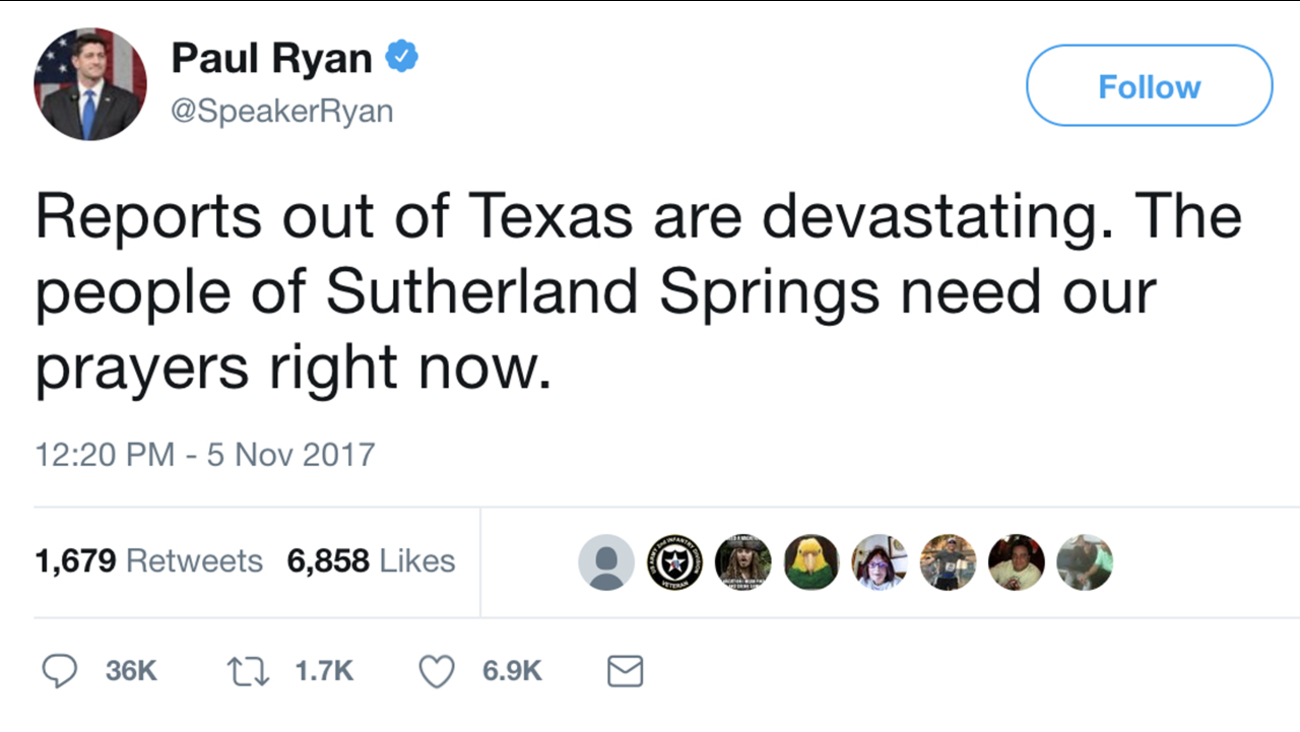 As politicians sent their prayers to the victims of the shooting in Sutherland Springs, Texas on Sunday, critics questioned the effectiveness of their prayers and called on lawmakers to instead focus on passing gun control legislation.

Reports out of Texas are devastating. The people of Sutherland Springs need our prayers right now.

Speaker of the House Paul Ryan's tweet, in which he said, "The people of Sutherland Springs need our prayers right now" was met with responses from celebrities, academics and others.

Paul Ryan is the Speaker of the House. He can offer laws and regulations to end this, but he offers thoughts and prayers instead.

What, honestly, are you praying FOR? https://t.co/FXKvNS0wvk

At this point, "thoughts and prayers" just means "shut up and take it"

You do know they were in a church, right? Prayers don’t stop bullets.

They need sympathy and hope, sir. Prayers can’t heal the devastation of lost children.
But your actions could’ve prevented it.
Stop the NRA. https://t.co/LBr09rsjPj

The hashtags #guncontrol and #guncontrolnow were also trending in cities around the U.S.

May God also grant all of us the wisdom to ask what concrete steps we can take to reduce the violence and weaponry in our midst.

How many more people must die at churches or concerts or schools before we stop letting the @NRA control this country's gun policies?

Former President Barack Obama also called on people to think about what steps they can take to reduce violence.

We grieve with all the families in Sutherland Springs harmed by this act of hatred, and we’ll stand with the survivors as they recover...

May God also grant all of us the wisdom to ask what concrete steps we can take to reduce the violence and weaponry in our midst.

At least 26 people were killed and 20 others injured when a gunman opened fire at the First Baptist Church during Sunday morning services.