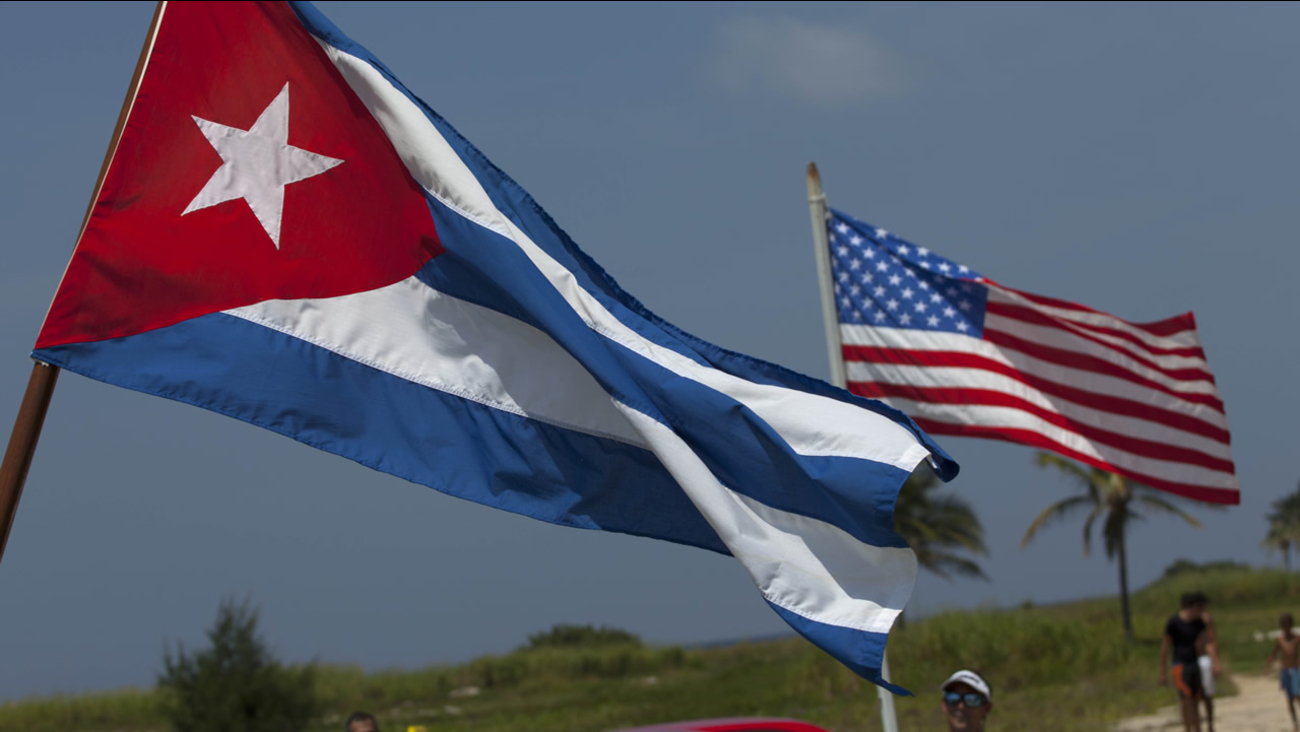 A Cuban and a U.S. flag wave along the coast of Florida. (AP)

HAVANA (KGO) -- The highest-level U.S. delegation to Cuba in decades begins two days of negotiations amid grand promises by President Barack Obama about change on the island and a somber warning from Cuba to abandon hopes of reforming the communist government.

The delegation arrives Wednesday for conversations about a continuation of efforts by both sides to promote what the State Department calls "safe, legal and orderly migration."

That covers everything from the security of charter flights between Miami and Havana to rooting out fraudulent passports and partnering on potential search-and-rescue missions.

Thursday's talks are trickier, scheduled to deal with the mechanics of re-establishing a U.S. Embassy in Havana headed by an ambassador, and a Cuban Embassy in Washington.

The U.S. and Cuba haven't had diplomatic relations since 1961.

Meanwhile, Homeland Security says additional Coast Guard cutters have been deployed to the Florida Straits to halt Cuban and Haitian migrants from reaching the United States by boat.

Cuba urged the U.S. to end immigration privileges that grant virtually automatic legal residency to any Cuban who touches U.S. soil. Its government blames the Cold War policy for luring tens of thousands of Cubans a year to make perilous journeys by sea and land to try to reach the United States.

The American officials rebuffed the demands, instead pressing Cuba to take back tens of thousands of its nationals whom U.S. authorities want to deport because they have been convicted of crimes. An official present in the meeting says no progress was made on that issue.