One by one, police arrested protesters who had taken over the lobby of Citibank Headquarters in San Francisco on Monday over the controversial Dakota Access Pipeline project.

SAN FRANCISCO (KGO) -- One by one, police arrested protesters who had taken over the lobby of Citibank Headquarters in San Francisco on Monday over the controversial Dakota Access Pipeline project.

Citibank holds the largest share in the pipeline project being built by Energy Transfer Partners. If completed, it would run 1,200 miles from North Dakota to Illinois and under the Missouri River.

The construction of the project has received international attention with celebrities joining in to try to stop it.

They go on to emphasize that the project will also, "reduce the current use of rail and truck transportation to move Bakken crude oil to major U.S. markets to support domestic demand."

The Texas-based company behind the pipeline says it's a safe and fast way to move 570,000 barrels of crude oil daily.

But the Standing Rock Sioux tribe in North Dakota opposes the pipeline because of concerns over its impact on cultural, historic and sacred spaces and the threat it poses to drinking water taken from the Missouri River. They have even reached out to the United Nations for support.

In recent months they have received support from groups like Idle No More SF Bay.

"It's going to affect our water if anything happens, if it leaks into the water because they are trying to put this pipeline beneath the Missouri River, which a lot of people depend on that water," explained Isabella Azizi with Idle No More SF Bay.

There are 14 financial institutions funding the $3.8 billion project including Wells Fargo and Bank of America. But Citibank holds the largest share.

"We have given them the opportunity to leave. We've asked Them three different times to leave the lobby they refused, so they accepted a citizen's arrest and now we're making arrested of 12 demonstrators," said Captain David Lazar with the San Francisco Police Department.

The protesters hope the Dakota project will end up like the Keystone XL Pipeline project, which was rejected by the Obama administration following environmental protests.

"I am here today because Indigenous friends and allies in North Dakota are literally risking life and limb to stop this pipeline," Christy Tennery-Spalding, one of those taking part. "Oil companies and banks like Citigroup do not care about clean water and clean air of impacted communities. These companies only motivation is profit and we're here today to say, 'NO MORE!'"

ABC7 News reached out to Citibank but the corporation declined to comment.

Officer Carlos Manfredi said the protesters will most likely be cited and released. 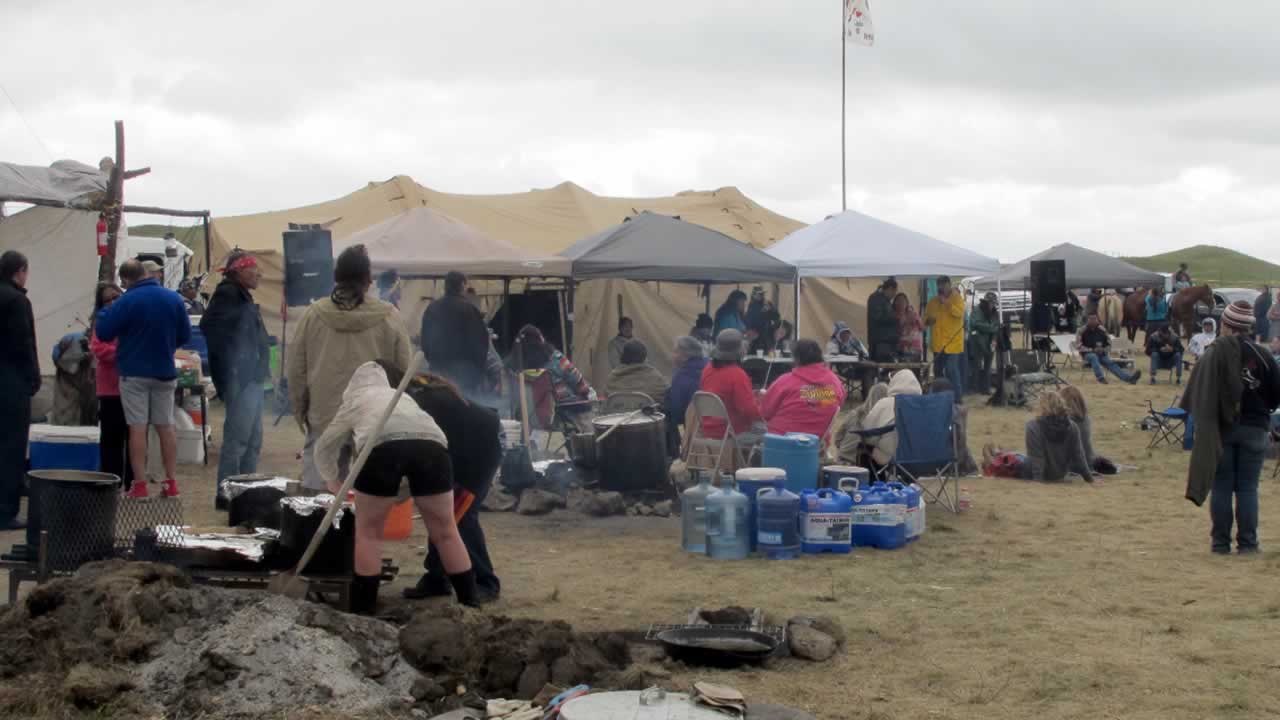 141 Arrested at Dakota Access Pipeline Protest as Police Move In