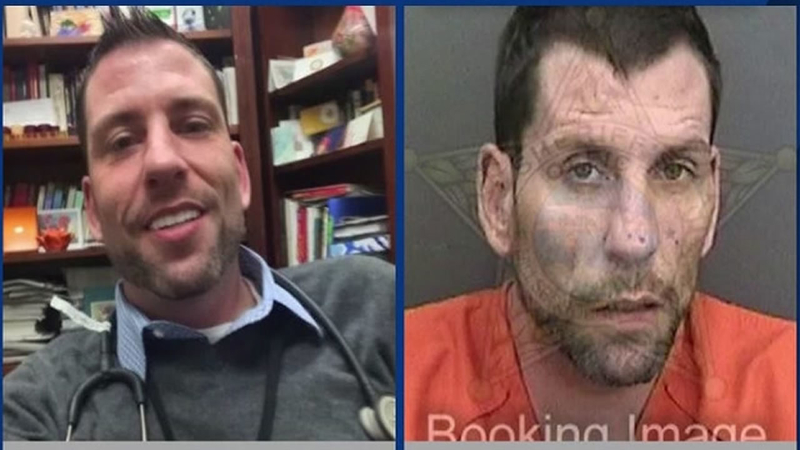 SAN FRANCISCO (KGO) -- A man accused of being a fake nurse has been arrested. The district attorney says someone was posing as a trained professional inside a Bay Area clinic.

Chad Litz appeared in court Thursday. He previously served time for identity theft and was cited as a nurse imposter. He's in jail Thursday, accused of these same crimes again.

Litz was sentenced to four years in prison for identity theft in 2011. He was released in March of 2013.

In 2015, the California Board of Registered Nursing cited Litz for unlawful practice and being a nurse imposter.

Litz, 39, is not a licensed practitioner but was working as a nurse at the City Impact Clinic on Jones Street in San Francisco.

"Some of the abilities of a nurse practitioner would be to prescribe medicine, or do certain basic procedures," said Assistant District Attorney Alex Bastain.

The district attorney's office said Litz had been with the clinic for months, that he treated at least 28 patients and prescribed controlled substances to two of them. He's facing five felony counts, four for practicing medicine without a license and one for identity theft.

RELATED: Medical identity theft on the rise, can impact your treatment

Litz was arrested getting off of a cruise ship in Florida on March 10.

Litz had been living in Daly city. Mitchell has been his neighbor for about a year.

"Would never guess just saying hi to him, good morning, goodbye," he said. "Stuff like that."