'Dancing with the Stars: All Athletes Edition' awards Mirrorball trophy 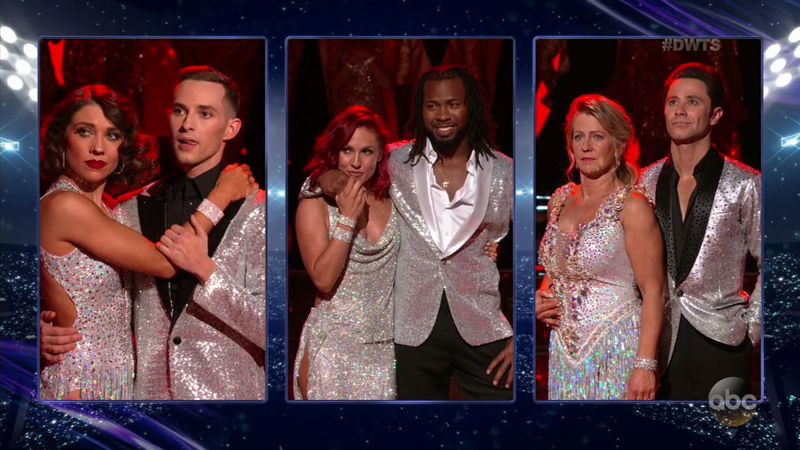 'Dancing with the Stars' crowns its latest winner

LOS ANGELES -- The finale of this shortened season on "Dancing with the Stars" was here before we knew it!

Three quick weeks of competition led up to an ultra-competitive end.

The three finalists are Tonya Harding, Josh Norman and Adam Rippon and each danced twice in the show; one that was inspired by their DWTS journey, the other the no-holds barred freestyle.

Here's a rundown of the night's dances, from highest to lowest judges' score:

Adam Rippon - 30 out of 30 for jazz; 28 out of 30 for freestyle; total 58
Adam and his pro partner Jenna can't hide how much they enjoy each other's company. That friendship and chemistry comes to the dance floor each week and you just have to smile while you watch them. Their jazz number was pure fun. Head judge Len Goodman used just one word: fantastic! Bruno Tonioli thought they used wit and humor in a technically brilliant routine. Carrie Ann Inaba dubbed them the "wonder twins of dance!" Adam's freestyle was just that - stylish and very different from what we're used to seeing on this show. Bruno called it "haute couture" and that seemed to fit. Len nicely said what it lacked in convention it made up for with invention. But Carrie Ann was visibly confused and disappointed, and said she felt like she missed out on something.

Josh Norman - 27 out of 30 for foxtrot; 30 out of 30 for freestyle; total 57
No one was more surprised than Josh (well, maybe his partner Sharna) at how much he enjoyed this whole experience. Not to mention how good he was! He did joke about having to be shirtless every week. But surprise! Sharna kept him in a suit for their foxtrot. Carrie Ann told Josh he brings the best of his competitive spirit to the ballroom. Len likes the ease, elegance and style he's shown each week. And Bruno thought we were all robbed by not getting to see Josh's journey throughout a "full" dance season. Sharna helped with that in her freestyle choreography. She used all kinds of styles that we haven't seen Josh do yet and it was powerful. And yes he was shirtless again. The judges loved the drama mixed with fun, and Carrie Ann told Sharna this was the most incredible choreography she's ever seen her do.

Tonya Harding - 26 out of 30 for Viennese waltz; 30 out of 30 for freestyle; total 56
The former Olympic skater said she feels this experience reintroduced her to the world and she's loved getting a second chance. The song Sasha chose was "The Time of My Life," and she said that title sums up her feelings about being on the show. Len applauded her for mastering lots of really tough dances, and for bringing an elegance to the dance floor. Bruno thinks Tonya dances like a weight has been lifted from her heart and that she looks like she is truly enjoying the moment. Carrie Ann told Tonya she gives meaning to all of her movements. Tonya's freestyle started with her descending from the ceiling to the song "I Will Survive." The routine had just about every style of dance in it, plus a few cartwheels, and some moves that looked they came straight from the ice. The judges called it a minute and a half of fun and joy and scored it "perfectly."

All 10 couples return to the floor for one big number - and to remind us who was here just a few short weeks ago. This gives viewers time for one last opportunity to vote.