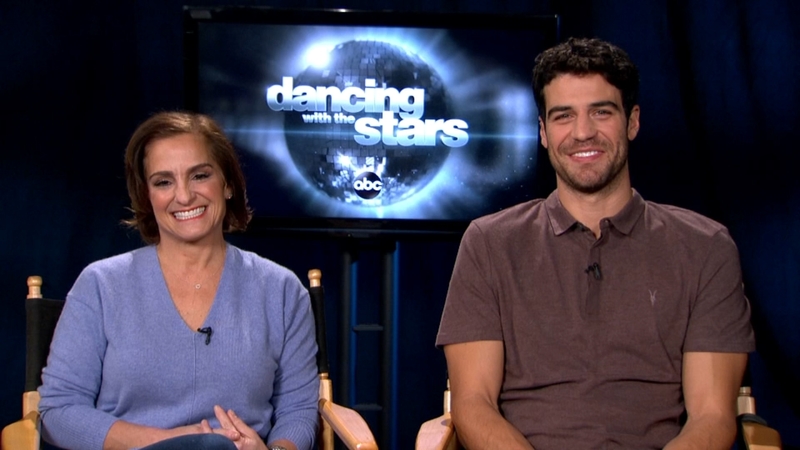 NEW YORK -- Dancing with the Stars is back for its 27th season on Monday! Among the celebrities vying for the Mirrorball Trophy is Olympic gold medal-winning gymnast Mary Lou Retton, and Joe Amabile, AKA "Grocery Store Joe."

"I'd rather people just call me Joe, but it's not that bad," Amabile said about his nickname from his time on The Bachelorette and Bachelor in Paradise.

Amabile has no dancing experience, and Retton says that she has only had a little bit of ballet training.

RELATED: Meet this season's cast of Dancing with the Stars

You would think that Retton's amazing athletic abilities would be a huge advantage, but she says they are very different.

She said that she hopes her ability to have a stage presence and perform in front of a crowd will help.

See what happened when legendary gymnast Mary Lou Retton met pro Sasha Farber, her partner on this season of ''Dancing with the Stars.''

Amabile said that he doesn't think the crowds will be a problem for him because he will be too busy trying to remember all of the steps.

"Five minutes to show time, I could freak out," he admitted. "I'm sure everything is going to be a problem."

"No, no, we're going to be back there being moral support for each other," Retton said.

Retton will dance the Cha Cha with her pro partner Sasha Farber, and Amabile will be dancing the Quick Step with Jenna Johnson.

Both are looking forward to having their friends and family cheer them on. Amabile said that things are going very well with his girlfriend from Bachelor in Paradise, Kendall Long, so Bachelor Nation is hoping that she will be there to cheer him on.