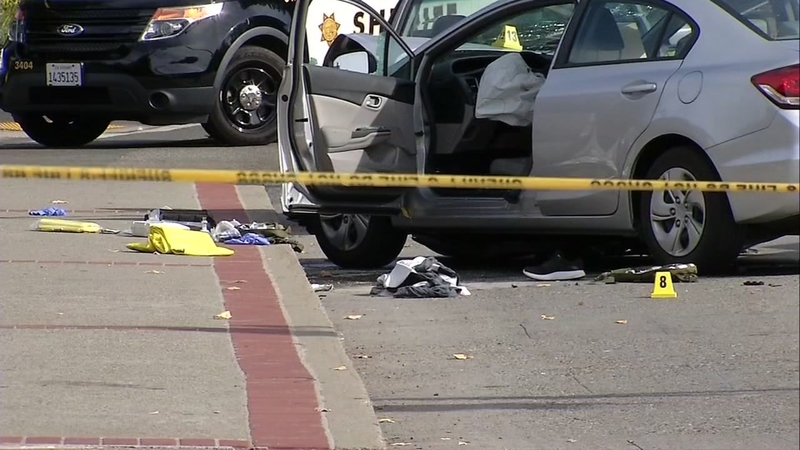 DANVILLE, Calif. (KGO) -- A man who was shot and killed by police in Danville when he led officers on a pursuit and reportedly tried to run over a cop has been identified.

Police responded to a call from a citizen about a suspicious person near Cottage Lane and Laurel Drive around 11 a.m.

Officials say the citizen reported seeing the suspect exit his vehicle, walk toward several homes with bags in his hands, go back to his car and circle the neighborhood.

Police say the suspect, 33-year-old Laudemer Arboleda of Newark, ignored commands to stop his car when officers arrived and led them on a pursuit.

According to police, Arboleda steered his vehicle toward an officer at the intersection of Front Street and Diablo Road and accelerated.

Officials say the officer fired his weapon at the driver, who was shot and transported to the San Ramon Regional Medical Center, where he was later pronounced dead,

The officer who discharged his weapon in shooting is Deputy Sheriff Andrew Hall, who has been with the department for five years and is currently assigned to the contract city of Danville.