Houston chase suspect dances on the freeway in front of police 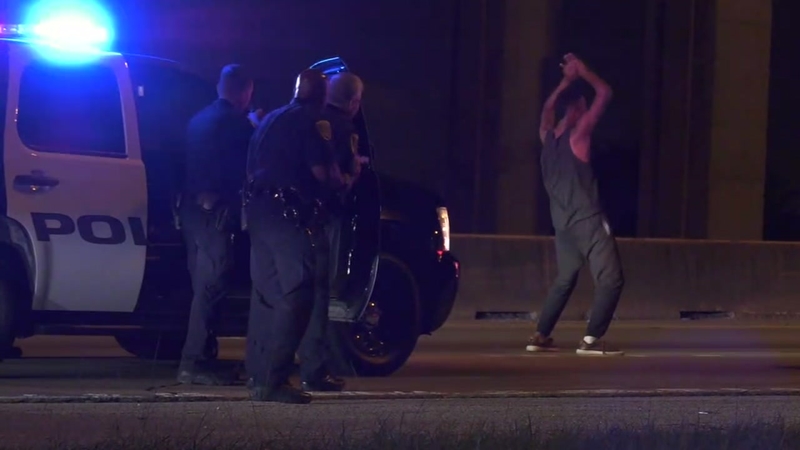 HOUSTON, Texas -- A 25-year-old man took police orders as an opportunity to "bust a move" in the middle of the Gulf Freeway Thursday morning.

Police initially stopped the man for a traffic violation in the 7400 block of Homestead in northeast Houston. While talking to an officer, police say the man drove off.

Investigators caught back up with him but he refused to pull over.

Authorities ahead of the suspect threw down spike strips. The driver pulled over before hitting them along I-45 at the South Loop.

That's when things got interesting.

The driver refused to get out of the car. Officers used a loudspeaker to shout instructions at him. One officer pointed a gun at him. The suspect appeared to be confused.


He eventually got out and started dancing. But still did not get on the ground per police orders.

Chase suspect takes police orders as an opportunity to "bust a move."

"At one point he backed up like he was going to run from the scene, potentially endangering officers by running across the freeway. At that point we deployed our K9 to safely take him into custody," said HPD Lt. Larry Crowson.

The suspect will be charged with felony evading.
Investigators also say the suspect threw something from the vehicle during the pursuit. They are still working to find what it was.

The driver was evaluated by paramedics after his encounter with the K9 officer but suffered only minor injuries.

Throw your hands in the air and wave ‘em like you just don’t caaaare!

Not funny: this guy led police on a chase.