KGO
SAN JOSE, Calif. (KGO) -- VTA officials say tracks and overhead wires have been repaired at the scene of a crash that occurred between a train and car at Lincoln Avenue near Auzerais Avenue in San Jose on Sunday.

The bus bridge has been cancelled and the trains will be operating at five miles per hour through the area, so there may be a delay to the schedules.

More repairs need to be done and there's no timetable for when they expect train speeds to get back to normal.

VTA says the the regulated track speed in the area is 55 miles per hour but so far investigators haven't said how fast the train was going at the time of the collision.

The medical examiner's office says they have yet to identify the two people killed in the crash.

Security video from Hapa's Brewery shows customers outside enjoying their beer when all of a sudden a vehicle collides with a VTA train. The car, a gold Buick Regal, is mangled, while the train runs off its rails.

"The corner of my eye just happen to see this dude turning right when the train came and hit him and for a half a second my brain didn't register what it was and then you heard the loudest sound you've ever heard," said witness Ryan Stern.

The train operator and the roughly 20 passengers on board suffered no serious injuries.

The male driver of the Buick and his male passenger died at the scene. Witnesses say they may have been living out of their car. They say it was packed with possessions. "We all went out to the car and the dude was barely breathing and people were telling him to stay with him but it's pretty hard to survive a wreck like that," said Stern.

San Jose police say the crossing arms were down and functioning, but the man behind the wheel still tried to drive around them. Investigators say the Buick was going south while the Mountain View to Winchester VTA train was heading north.

The medical examiner's office says they have yet to identify the two people killed in the crash. 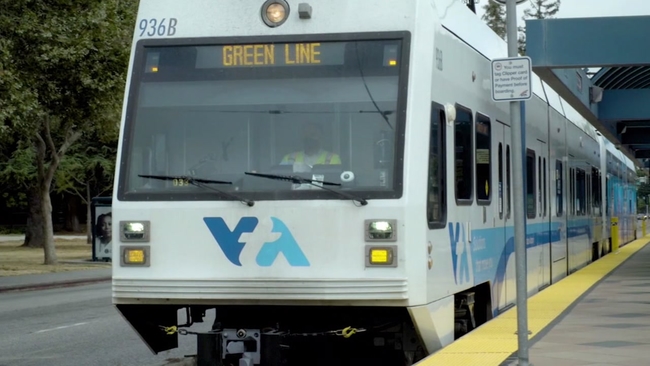 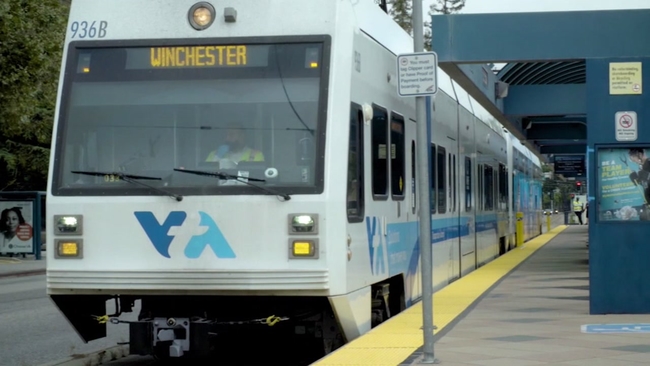