All tank fires extinguished at ITC facility in Deer Park 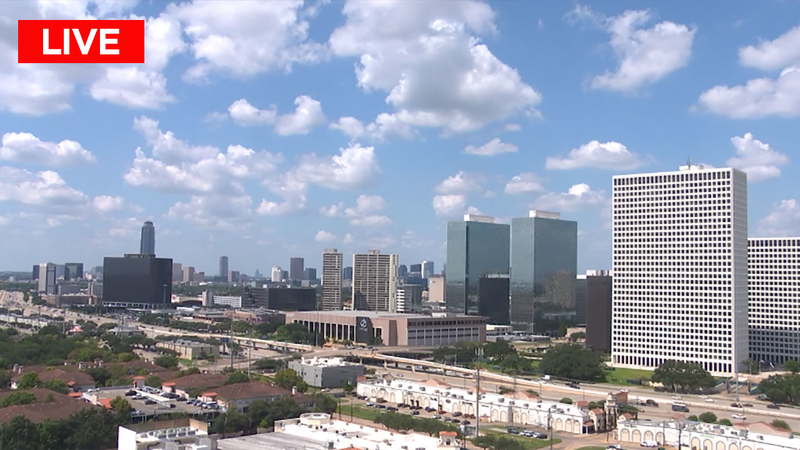 View every corner across the Houston area!

DEER PARK, Texas -- The tank fires at Intercontinental Terminals Company in Deer Park are out, days after it started, at one point burning chemicals in up to eight tanks.

Wednesday morning, ITC officials released a statement saying that crews were able to extinguish all the fires as of 3 a.m.

Tuesday night, four tanks were burning as a large flash of fire rose from the facility. The cause of the fireball was not immediately known.

Raw video shows a large fireball appear in the skies above the ITC facility in Deer Park.

Wednesday morning, ITC officials released a statement saying that crews were able to extinguish all the fires as of 3 a.m.

"Crews continue to spray foam and water on the tanks to facilitate cooling and prevent reigniting of the remaining material," the statement read.

While the fires are out, steam and smoke may still be visible and there is a possibility that fires could reignite.


On Tuesday, various officials stood firm on the public safety aspect of the large plume of black smoke hovering over southeast Texas. Despite the various chemicals being burned, both state and ITC officials said there was nothing toxic in the smoke in spite of reports of small debris falling.

Meanwhile, several school districts near the facility cancelled classes due to the ITC fires.

HISD released a statement saying that district officials continue to monitor air quality reports but will be operating under normal schedules.

During a press conference Tuesday morning, ITC apologized to the community as concerns grew tremendously since the fires started Sunday around 10:30 a.m.

"This isn't an event we wanted or planned," ITC spokeswoman Alice Richardson said during a press conference Tuesday.

"This isn't an event we wanted or planned. Many of my employees work in the city of Deer Park, they live in Deer Park, they're out there fighting this fire the best they can," ITC spokeswoman Alice Richardson explained.

"They are residents. I would guess that probably 30 percent live in Deer Park in La Porte. They're concerned. Their families are concerned, so of course ITC would apologize to any of them," Richardson continued.

The company claims testing done by independent contractor CTEH are below levels that would represent a public health concern.

ITC officials say the first tank that caught fire Sunday contained NAPHTHA. The fire then spread to a second tank with XYLENE. Both are gasoline components.

Officials said the components are in gas blend stocks used in the production of finished gasoline and base oil used for machine lubrication.

NAPHTHA can cause irritation to eyes and the respiratory system. It affects the central nervous system and is harmful and even fatal if it is swallowed.

XYLENE may also be fatal if it is swallowed and enters the airway. It can cause skin irritation.

According to the Occupational Safety and Health Administration, Toluene is used in many products and workplaces like printing operations, manufacturing facilities, construction sites and nail salons.

The Deer Park Office of Emergency Management released a message on social media about a hotline people can call because of an increase of claims following the incident at ITC.

We could see and feel the impact of the Deer Park plant fire for days and possibly weeks, experts say.

No serious injuries have been reported as a result of the incident. ITC officials said they are continuing to monitor the air, but as of Wednesday's update, readings are currently well below hazardous level.