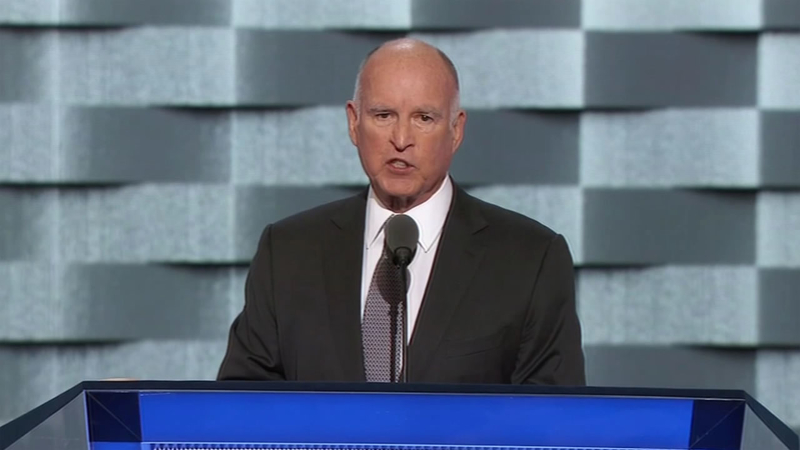 PHILADELPHIA (KGO) -- Day three of the Democratic National Convention got underway in Philadelphia and among those who took the stage Thursday in California was Governor Jerry Brown.

The main event, will be a keynote speech from President Barack Obama.


While the protests continue in downtown Philadelphia the convention itself, a few miles away at the Wells Fargo Center, is moving forward.

"Trump says, global warming is a hoax. I say, Trump is a fraud. Trump says there's no drought in California. I say Trump lies," Brown said.

It all comes one day after Senator Bernie Sanders stood before the delegation and threw his support squarely behind Clinton. And with just two days to go in this historic convention, the clear goal for Democrats is to leave united.

"I think some are going to take a little bit longer, but that's just how it is in politics, when you really care about somebody, it's takes time to see the value and the goodness of other people too," said Alec Bash, a delegate from San Francisco.

President Obama first met with a speech writer in June. There have been six drafts of speech since then.

A large group in the CA Delegation trying to shout down #LeonPanetta pic.twitter.com/uXefVKFYhm

.@GavinNewsom believes the nomination of @HillaryClinton is as important for his young sons as his daughters.#DNC pic.twitter.com/BHUvv6EJlz